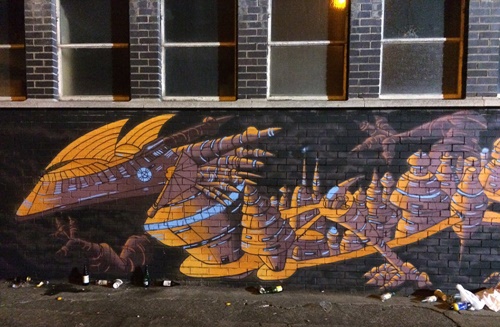 Image 1Andy was joined by artists from all over Europe to paint large scale murals and to deliver a talk on his work as an illustrator and spray paint mural artist.  His 2-day piece was inspired by Star Wars and the Empire Strikes Back; a Kryat Dragon made up of a Bespin Cloud City, featuring vehicles from the films as well as the Millennium Falcon.  Being a secret Star Wars nerd, Andy did take advantage of the event to indulge his passion!

NB - Andy was not responsible for the rubbish!