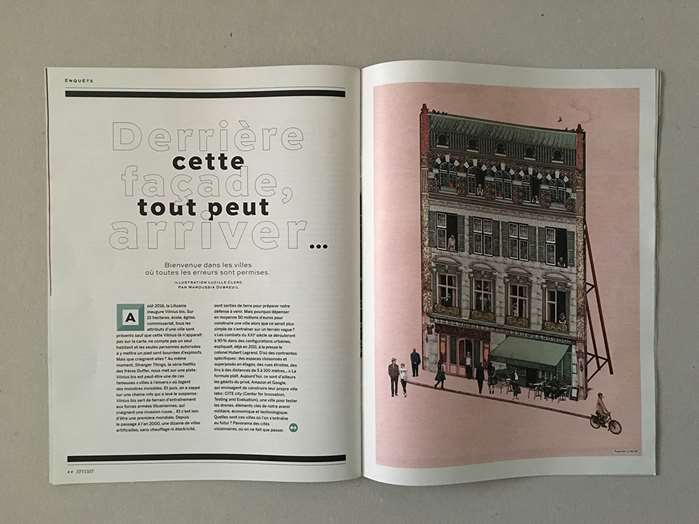 The article talks of the fake cities built around the world in order to test people's reactions and behaviours in certain scenarios. Included in some of these would be a pretend mall where children are given a budget and their spending studied, or an environment where soldiers would practise an operation. Lucille says "The creative director wanted a surreal mix of real and fake, a Parisian façade that would be part of a set with real people interacting within it as normal. The journalist who wrote the article, is an actress and lecturer on cinema. She used to be a cinema critique in a great program called Le Cercle on Canal+."