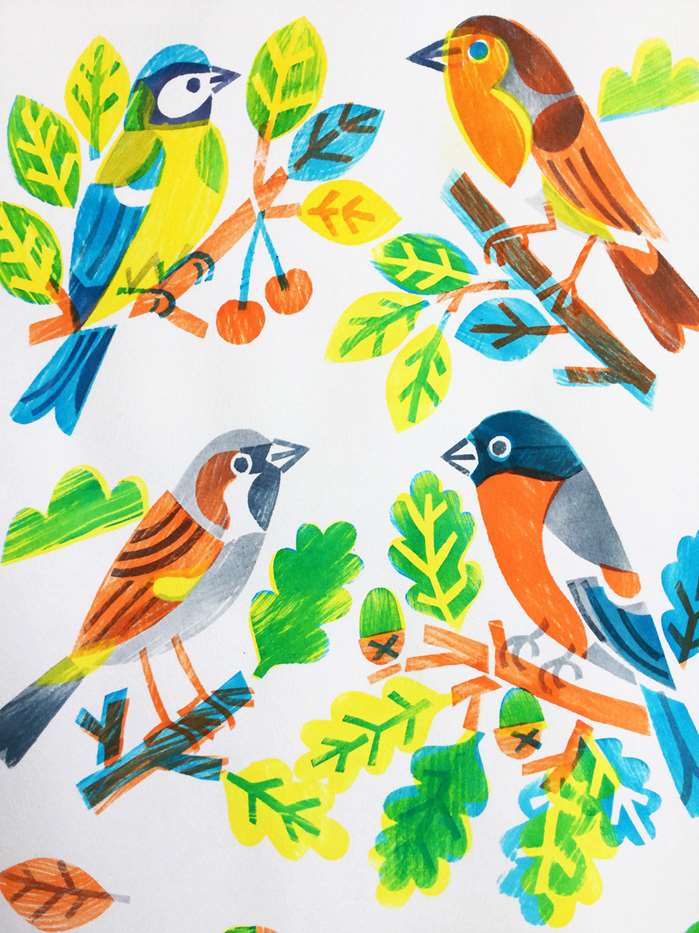 Pop along to ELCAF this weekend to see Peter Allen and his wonderful prints.

Starting today and continuing to Sunday 18th June, Peter Allen is participating in the East London Comics and Arts Festival in London E5, he'll be exhibiting and selling prints and original drawings - a mixture of some golden oldies and some new stencil pieces. Peter gives us some background, "I’ve been taking part in the festival since 2014 as joint organiser of a print project (between the ESAL art school in Lorraine, France and Loughborough University, School of the Arts) and the resulting works we showcased at ELCAF in 2015 and 2016. This year I shall be in the company of some French illustrators and together we’ll be representing Central Vapeur, an illustrator’s association based in Strasbourg. Central Vapeur will also have a stand and we are running a poster making workshop that involves making up characters using stencils and decorating them with tattoos. In 2018 Central Vapeur is hosting its annual Independent book fair as part of the Rencontres de l’Illustration in Strasbourg and we are currently inviting illustrators based in the UK to take part as Britain will be next year's 'country of honour'." More information on ELCAF.