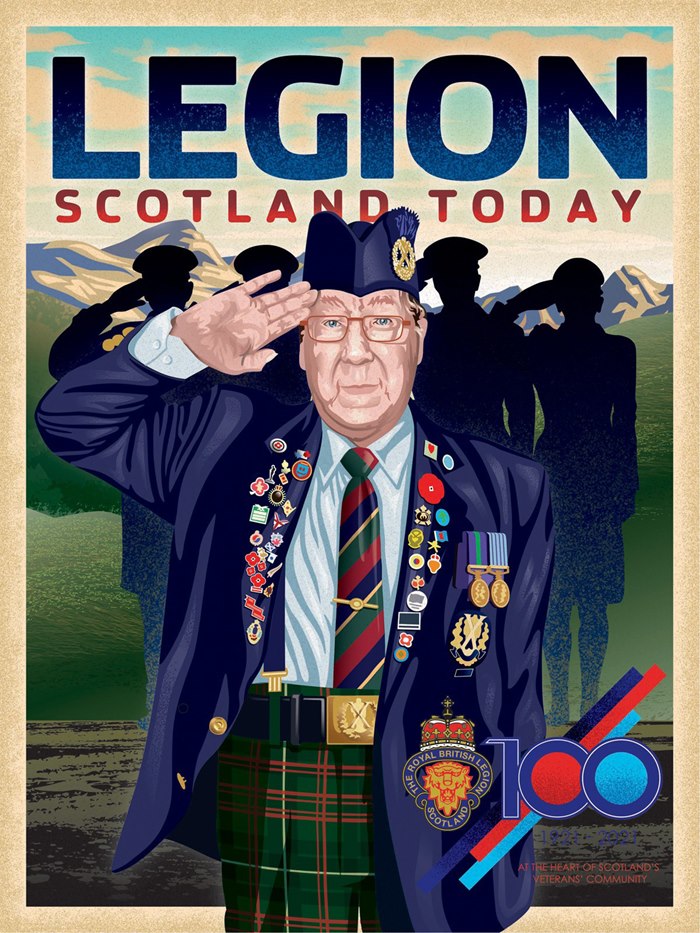 An outstanding magazine cover is produced by Colin Elgie for The Royal British Legion Scotland.

The artwork was to commemorate the 100th Anniversary of the Royal British Legion Scotland and appears on their magazine cover featuring Ronnie, looking very smart with his medals and regimental badges.

Colin's art is used as a proud symbol of the charity's continuing work and achievements; having helped and supported British war veterans since 1921.