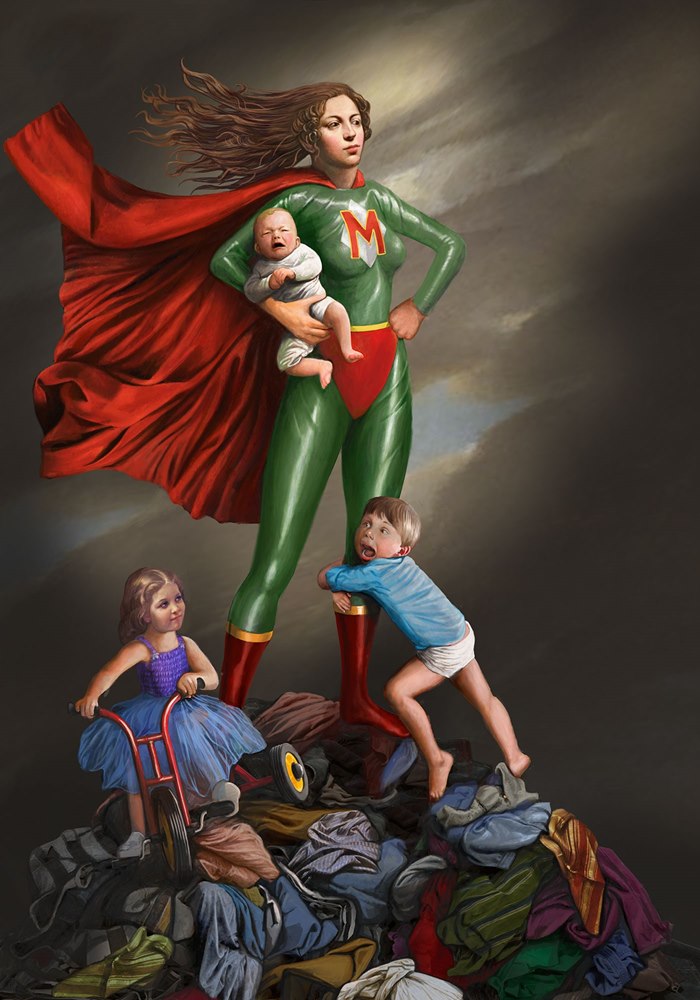 Bob Venables' impressive art is used as part of a German supermarket ad.

Bob's illustration appears in a TV commercial for a German supermarket, unveiled as a classic work of art in a museum setting with other traditional paintings.

Titled Supermother, the ad celebrates Mums by using an array of characters who are doing their own thing in dedication to Mothers - from having a Mama tattoo to baking a cake.

Bob's art is a fantastic illustration which delivers humour and honours the role of a Mum and the multitude of tasks they generally have to juggle.