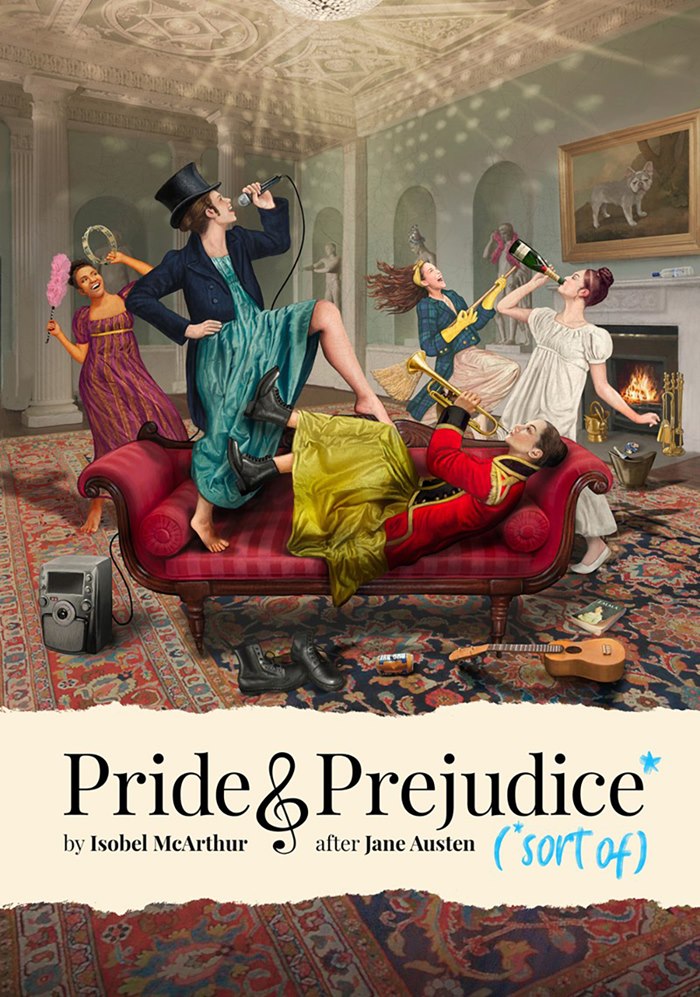 Pride and Prejudice* (*sort of)

Coming to West End theatres in the Autumn, Bob Venables creates the poster art for Pride and Prejudice* (*sort of).

This reworking of Jane Austen's Pride and Prejudice is transferring to the West End's Criterion Theatre in October.

Written by Isobel McArthur, the production was first seen at the Edinburgh Fringe in 2018, in a co-production with the Tron in Glasgow, before touring. According to press material, the show "is a unique and audacious retelling of Jane Austen's most iconic love story. Men, money and microphones will be fought over in this irreverent but affectionate all-female adaptation, where the stakes couldn't be higher when it comes to romance."

Produced in the West End by David Pugh, McArthur plays both Darcy and Mrs Bennet in the all-female production, promoted with art by Bob which gives an idea of the show's jocularity.