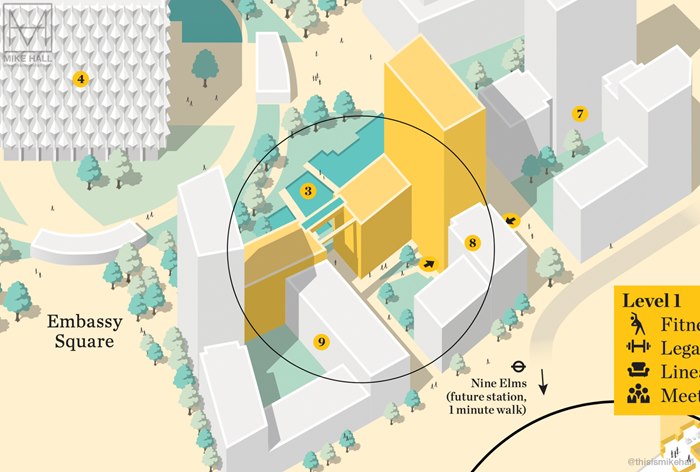 Commissioned for the developer Ballymore, Mike created a wealth of axonometric maps for a large residential development which surrounds the new US Embassy building beside the River Thames. Notable for its rooftop swimming pool suspended ten storeys above the ground between two blocks, its the first of its kind in Britain.

Mike explains, "The project involved detailed maps of the site itself, a map of its location in relation to the rest of London, and maps of the surrounding neighbourhood showing locations of amenities (such as bars, restaurants and shops) and places of interest. The maps were reproduced in a promotional book designed by Jaques Vanzo." See more here.