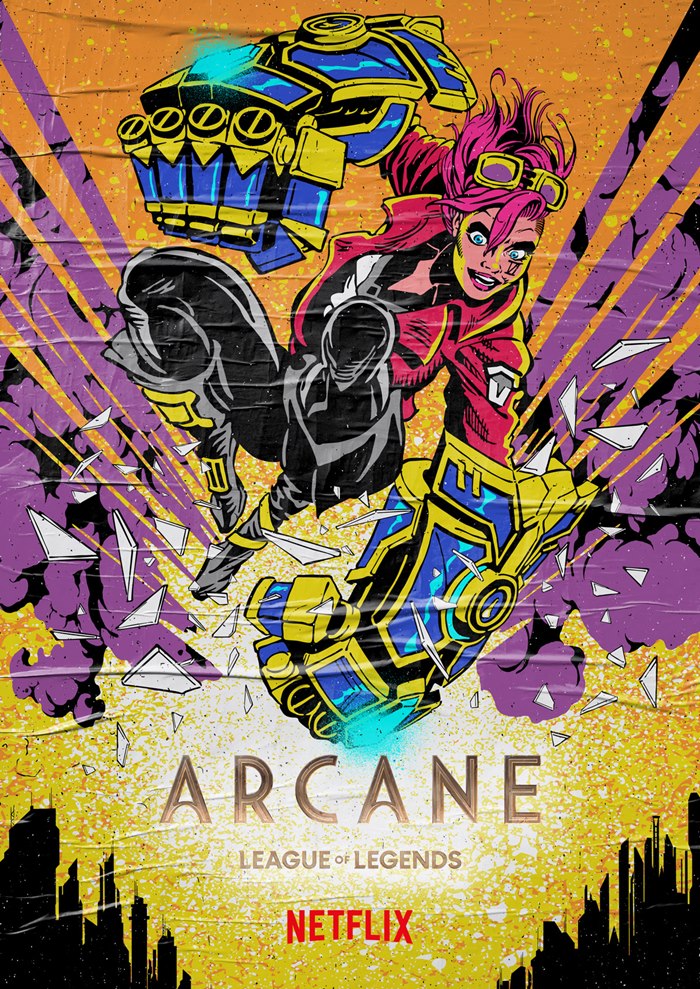 Butcher Billy wows us with his posters for the release of Netflix's Arcane.

BB was commissioned by Riot Games and Inpress Porter Novelli Agency to create the posters for a PR campaign in Brazil anticipating the new Netflix production Arcane.

The poster artworks were sent to influencers to create excitement and hype for the animated series which is based on the League of Legends universe.