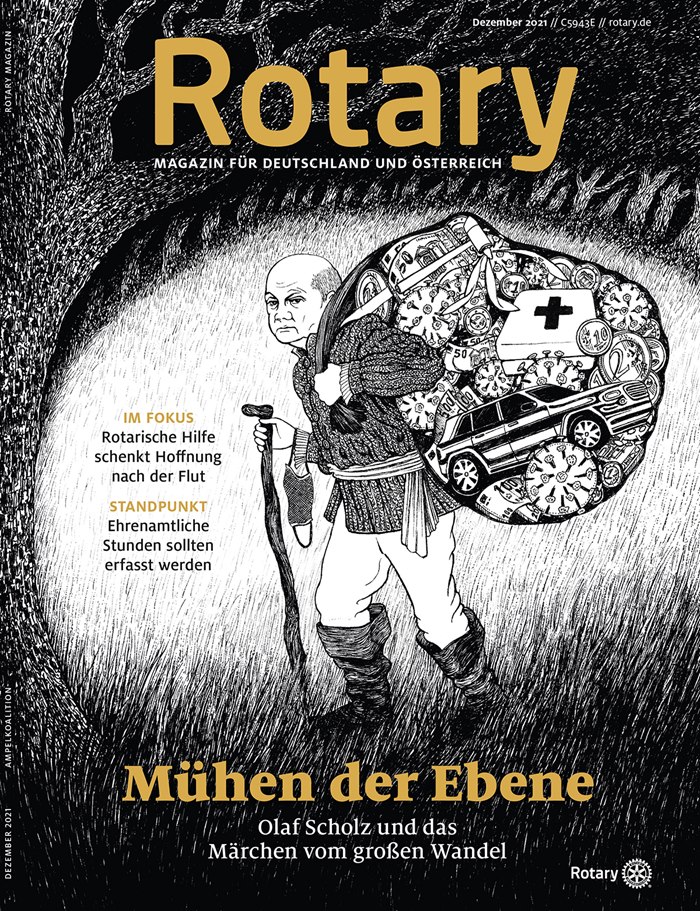 The project required Rohan to draw several full page artworks plus the cover of the magazine, for a timely piece focussing on the new leaders of Germany.

Rohan explains, "The brief was to set the new leaders of the German government within Grimm's fairy-tale stories. We had a professor of Grimm's fairy-tales to help find the right story to go with the right political problem or strategy of the new government. It was particularly challenging as all political figures had to be immediately recognisable. But it turned out really well."