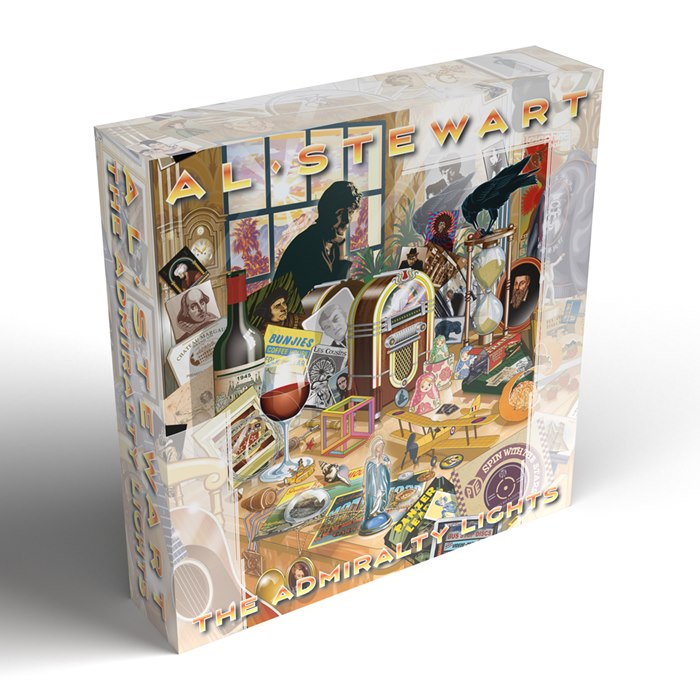 Colin Elgie is delighted to design the box cover of an Al Stewart collection referencing his 1976 album, 'Year of the Cat'.

Colin was commissioned by Snapper Records to work on the art for the new box set and to reprise a record cover he painted for the musician's 1976 album.

This album established Al Stewart as one of the pre-eminent folk-rock artists in the world, and became a multimillion selling album, Colin adds, " The imagery in my new cover is meant to reference Al’s interests and song inspirations over the years, but in the same setting as the original cover."