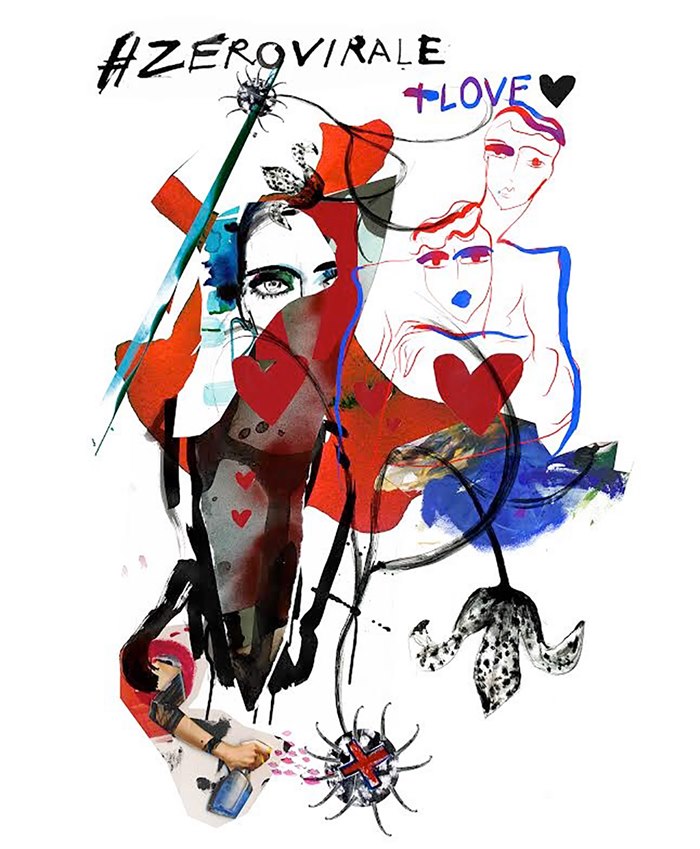 Lucia Emanuela Curzi collaborates with ASA and 10 Corso Como on a T-Shirt design for the occasion of Worlds Aids Day.

The striking design is for the campaign #undetectable = #untransmittable with charity ASA and the fashion space 10 Corso Como Milan. On sale last weekend, the printed t-shirt was part of this special project which aims to continue to spread information on the virus and awareness on the progress of scientific studies, Lucia explains, "Undetectable= #untransmittable is the message of a new UNAIDS Explainer. HIV treatment is highly effective in reducing the transmission of HIV, the evidence is now clear that people living with HIV with an undetectable viral load cannot transmit HIV sexually." The event along with Lucia's design has also been featured in Vogue Italia.