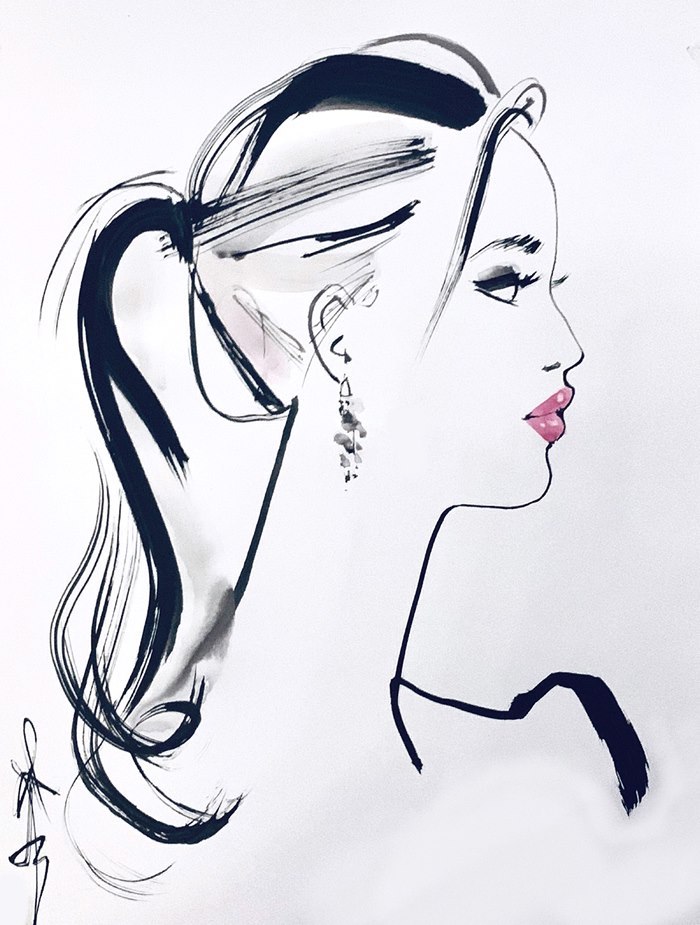 Jacqueline was asked to illustrate the guests both by hand with traditional media and digitally with her iPad Pro at the event which included special guests such as an opera singer and a celebrity photographer. With five hours to complete the portraits, Jacqueline sketched the guests as they arrived and sipped champagne against the backdrop of a fabulous band, and taking photographs to aid reference, she continued to create the artworks during dinner. Drawing with her iPad meant she was able to instantly print out the artworks for the sitters to collect later in the night, Jacqueline adds, "It was good fun doing a bit of hand drawing and digital for a change and I further mixed it up with offering head and shoulders or figure drawing."