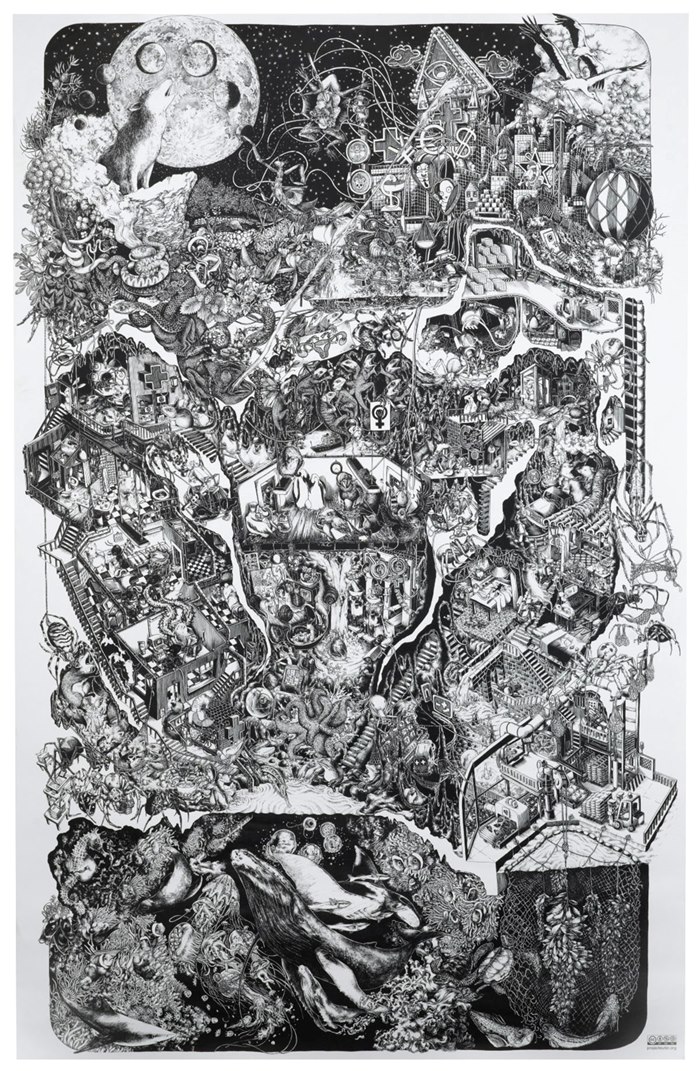 Carles Garcia O'Dowd's project on abortion rights resonates with proceedings in the US.

Mapping Out Abortion - Project Uter is a storytelling graphic completed over a two year period by Carles and Tonina Matamalas to tackle Spain's attempted change in law on abortion, back in 2014.

Carles explains the project and the catalyst behind it -

"In 2014, the Spanish government tried to bring in a ban on abortions, pushing laws back to the times of Franco’s fascist dictatorship.Huge mobilizations sprung up all over the country, alongside endless displays of solidarity all over the globe.

Some saw these new laws as a strategy to gain conservative votes. Others saw it as a mechanism to distract attention from massive budget cuts in public healthcare and education that the right had been perpetuating for decades.

I teamed up with fellow artist Tonina Matamalas, and together we decided to deploy our drawing skills to the cause. In what became a two-year-long journey, we gathered stories from women, doctors, activists, and intellectuals. The archaic bill was withdrawn midway through our work, when the politician who was pushing it resigned. But by that point in our research, we knew that what had happened in Spain represented only the surface of a much deeper problem rooted in our society, and that it needs to be fought with education, exchange and dialogue.

The stories we gathered became huge mindmaps that we transformed into drawings. Those drawings now exist as a single, huge illustration – a 12 foot high mobile mural – that merges art and activism, serving as an educational tool that offers a broad perspective and many points of access for engagement. Our aim was to escape the reductive narratives of tweet wars and instagram clickbait, and provide a holistic approach to civic discourse: to foster constructive human interaction.

The same rights we fought for in Spain in 2014 are now being stripped away in the US, and unfortunately, Project Uter, its message and its capacity for public engagement, is once again not only relevant, but critical.

Storytellers have presented our giant, fabric portable mural more than 200 times across 15 countries, in schools, colleges, museums, libraries, community centers, art festivals, street fairs and more. Our workshops guide audiences as they explore every concentrated inch of the image, illuminating the meaning and intention behind every line and symbol.

Each of our events is shaped by our attendees: everybody has a story. Project Uter offers a way for communities to deal with the complexity of those stories; as observers of art we are able to witness others, to see ourselves reflected and to imagine how things might look from another’s perspective.

At this crucial time in history, where these kinds of dialogues are more divided yet more necessary than ever, Project Uter has landed in the US. We’re ready to show, tell, witness and listen – are you?"