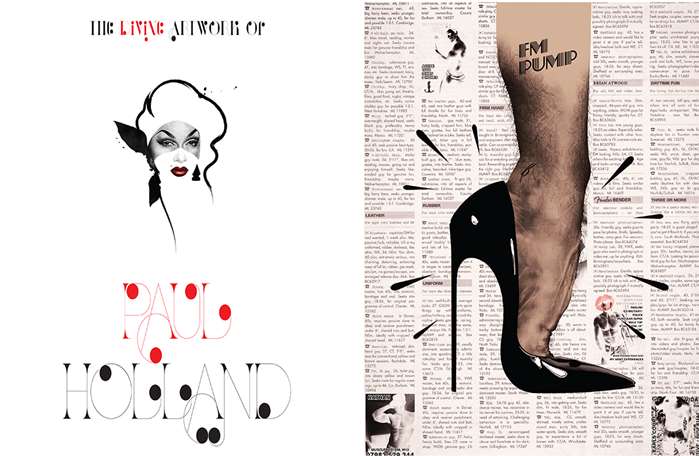 Paul Holland's flamboyant art is featured in the 3rd issue of Queen Magazine.

The new publication created by Josh Stuart with Miles Davis Moody is dedicated to showcasing the art of 'DRAG' and the queen’s stories - Paul continues "...many of whom have appeared on RuPaul’s Drag Race throughout the seasons, a personal favourite reality TV show! Mr Moody is also famous for being part of RuPaul’s 'Pit Crew' in the show for those who follow it." Paul was discovered by the magazine on Instagram after posting several portraits of RuPaul’s drag race Queens alongside other self-initiated work. In this issue you can read an interview with Paul and indulge in his theatrical pieces.