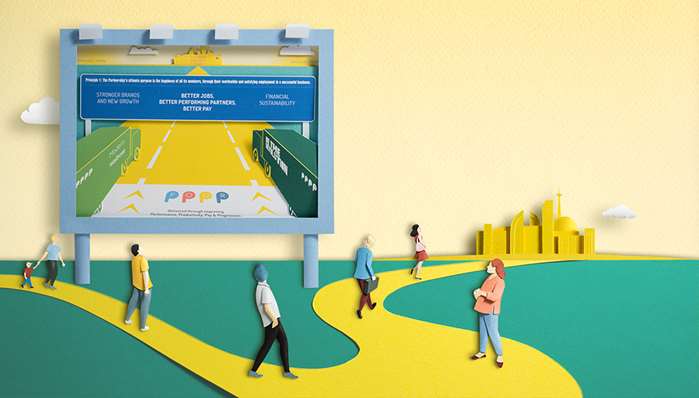 Commissioned by Radley Yeldar for JLP, the 'It’s Your Year' annual report follows a visual journey from 1928 when the company was established, to 2028 -  the year they have set their strategies to.  The report cover extends over both front and back, with a path that leads from the 1928 signpost on to 2028, with an aspirational future cityscape at the end of the path on the horizon.  Gail says "This theme of signposts and paths is picked up on within the annual report, with signage being used for the section dividers and the path being used to illustrate four John Lewis related scenes - society, workplace, retail and future. Photos of actual John Lewis staff were later added to the scenes. The client was so pleased with the imagery that they went on to commission an additional related cover for their Human Rights Report."