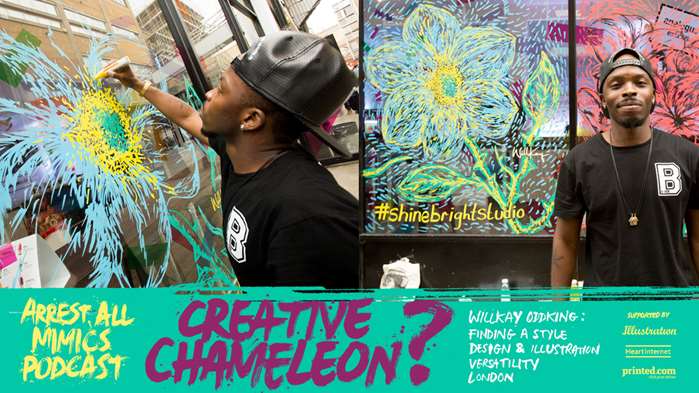 Ben Tallon talks to Willkay Oddking about the versatility and diversity of his work.

Would it be fair to say that every creative professional, beginner, student or casual ink head has at some stage struggled to settle on a style? Do we even have to? Why is that so frustrating? Willkay Oddking is a broadly skilled artist, designer and illustrator working with the likes of Adidas, G-Star Raw, Converse, BBC and under his own Oddkingdom brand.

Will joins me at my studio to talk about his versatility and why he's content operating as something of a creative chameleon right now, until a style grabs him and screams 'settle on me!!!.' We talk about London as a creative city, the balance between his work as a graphic designer, illustrator and live artist and where he'd like to head.

This is one show for those who have not yet found confidence in the direction they are heading and offers a nice alternative to working in the creative industries with a signature visual identity.