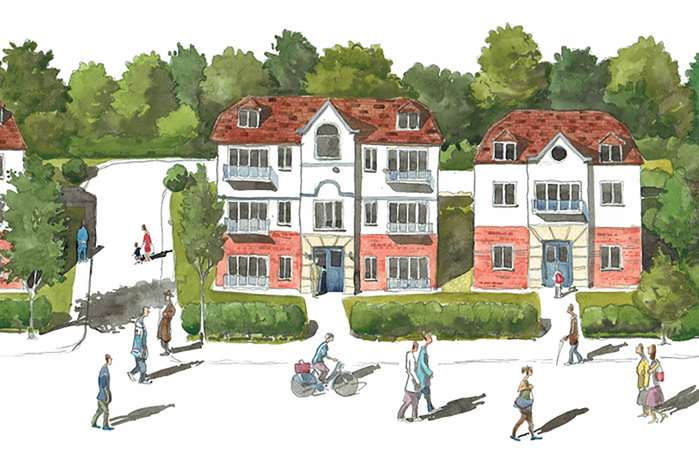 Liam O'Farrell works with Woodside Park Commercial Centre to create an architectural illustration for a residential park and dwellings.

The architecture company felt that if they were to make a successful bid,  they needed to propose initial designs that were sympathetic to the current environment. Liam first set to work researching the local architecture, he continues "We were aiming to produce a hand drawn architectural painting with plenty of characters that would deliver a sense of community rather than the usual computer generated visual that some feel can look a little sterile. We were aiming to strike a balance between something visually very stimulating, and something realistic enough which would fit into the space provided." The bid was successful and planning was granted, resulting in a happy client and artist!