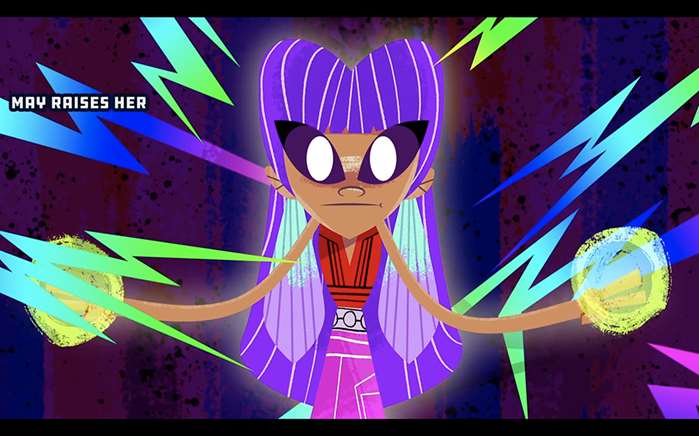 Henry Smith works on an exciting project with Young Storytellers to promote Disney's Wrinkle in Time.

Henry recreated a script written by 12-Year-Old Andrew Espinoza who was inspired by the Wrinkle in Time and created the story "Matron." Supported by the charity Young Storytellers, Andrew's story follows Ethan, an ordinary boy from Earth, who travels to planet Matron and meets its guardian May. The two have to work together to protect the planet after Ethan accidentally weakens Matron's barrier. Henry has done an awesome job in creating the storyboards, selecting the music/sfx/VO and seeing the art come to life by his animator friend Chris George. Watch behind the scenes footage here and see the final animation here.