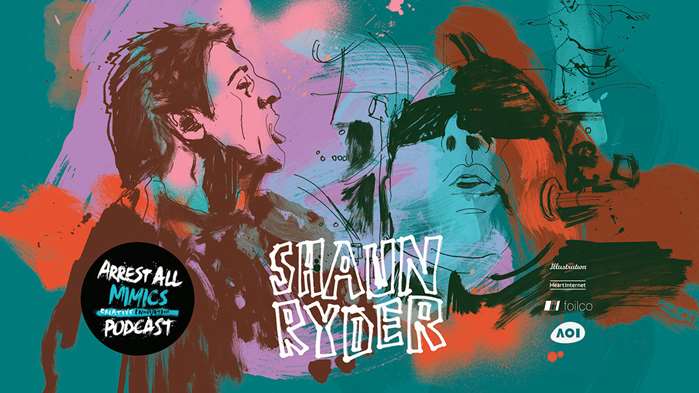 For a special episode of Ben Tallon's creative podcast, your host hangs out with the Happy Mondays and Black Grape frontman, Shaun Ryder.

Shaun Ryder is a bonafide rock star with stories to tell. The Happy Mondays and Black Grape frontman joins me to share his creativity, his back story and why he feels as energised as ever before with Black Grape due to start a fresh UK tour off the back of returning album Pop Voodoo.

Not one to hold back with the truth, Shaun touches upon why trends are the worst thing to follow, how he learned on the job and the key role played by Tony Wilson who appreciated not just their technical abilities, but the whole aura, attitude and appearance of the band and allowed them freedom to develop creatively.

It's a spellbinding glimpse into one of music's most interesting minds.

Get us your thoughts on social @arrestallmimics, listen and subscribe on Spotify, iTunes, Stitcher and more.

Illustration are proud to be both the founding sponsor of Arrest All Mimics and the agent of your podcast host, Ben Tallon.