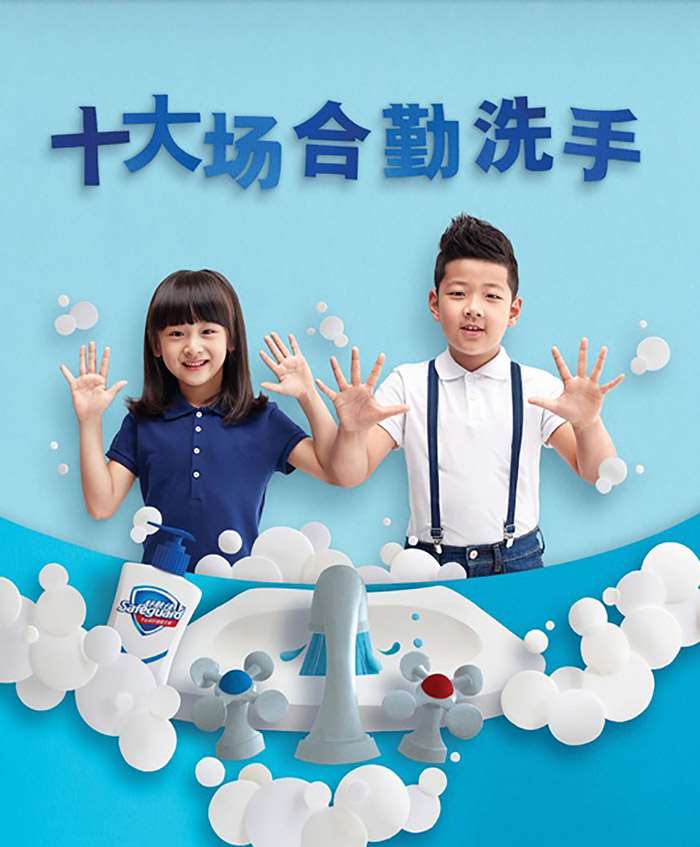 above and below - Gails's papersculpture backdrops for the Safeguard Handwash campaign

This was a commission from Saatchi Hong Kong and timed to coincide with the 7th Global Handwashing Day. Two celebrity children were photographed in a variety of situations to show where children should wash their hands; from travelling on public transport, before eating a meal and after playing with pets. The children were then placed into the scenes created by Gail. She says "The ad campaign is aimed at educating children on the importance of washing their hands, so creating the environments in paper was intended to be the kind of imagery that children could relate to - real situations but like the pop-up worlds from children's books. In addition, the scenes all work from the same limited palette of blue papers that are in keeping with Safeguard's brand colours, plus 4 pastel colours for added warmth and detail. In contrast the paper bacteria are bright yellow, orange and red to appear more aggressive."