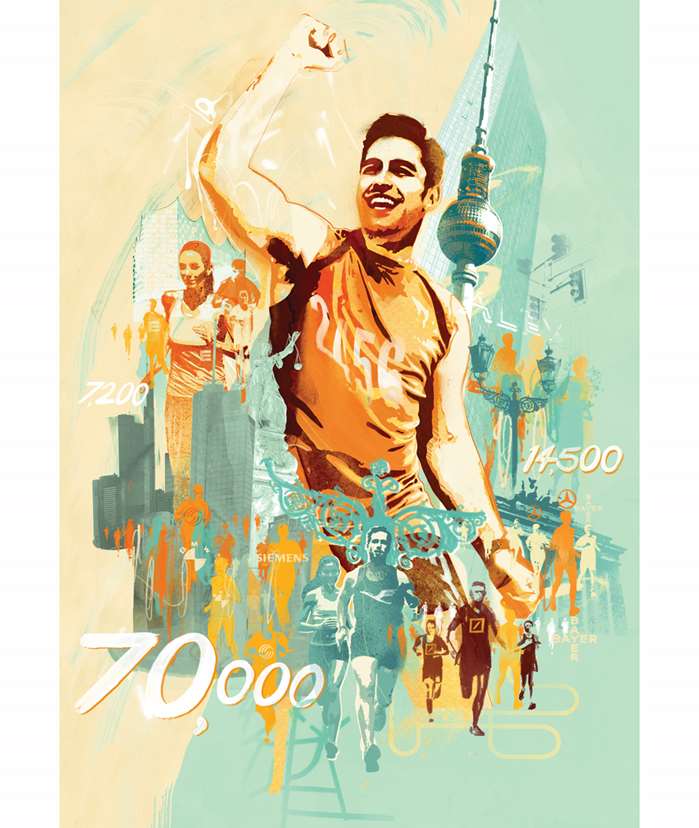 Danny was asked to create an illustration which showed people running in the many German city marathons. Including  iconic buildings from cities such has Berlin, Hamburg and Frankfurt, the piece was a mixed media montage of many elements - composing landmarks, athletes and runner numbers for a positive and punchy result. The piece can be seen as a full page artwork in the magazine now.