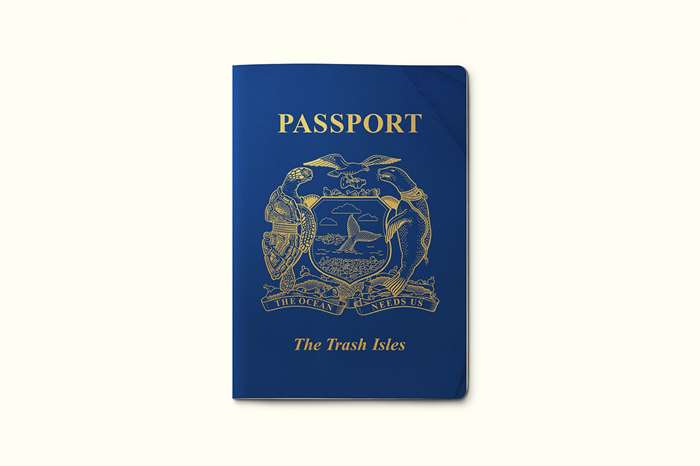 The Trash Isles campaign wins awards and continues to grab attention helped along with the passport logo illustrated by Jürgen Willbarth.

On World’s Oceans Day last year, The Plastic Ocean Foundation and Ladbible handed an application to the United Nations to declare an area of trash the size of France - which floats in the north Pacific, an official country. With this recognition, under the UN’s Environmental Charters other countries are obliged to clean it up. Jürgen's part in the campaign was to create the crest for the front of a passport for the new country which now has many influential citizens such as Al Gore, Sir David Attenborough, Chris Hemsworth, Dame Judi Dench, Mark Ruffalo and Brandon Flowers.

Last week's terrific news came with the recognition by the prestigious D&AD at their awards ceremony which celebrated the work of ad agency AMV BBDO on the project, winning them a mix of awards including Yellow Pencil in Media Use of PR, a Graphite Pencil in Media Use of Collaboration and a Wood Pencil in PR Use of Public Relations. In all they came home with 10 awards - 3 yellow, 3 graphite and 4 wood. The campaign is ongoing and still needs your support, sign the petition here and read more about the project on Ladbible.