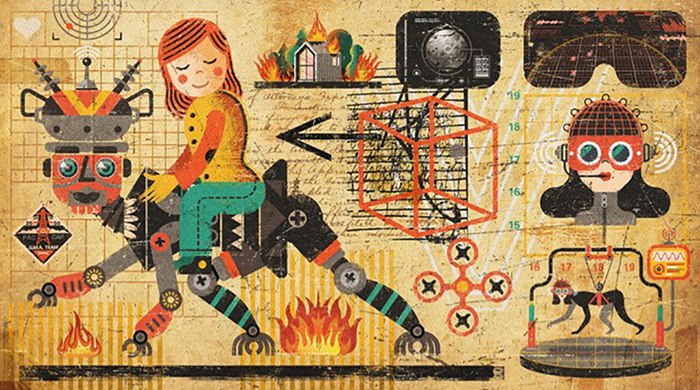 Ian Murray is commissioned by XPRIZE to illustrate a short story on Avatar Technology.

The story by Ken Liu is entitled 'UMA' (Utility Maintenance Avatar), and forms part of an anthology exploring how Avatar technology can positively impact the future.  Ian's piece illustrates the story of an UMA operated by a woman who's carrying out general maintenance only to witness a burning house with trapped children, and her efforts to rescue them. This story, along with the others in the series examines the notion that the technology enables full-sensory, meaningful human connections. XPRIZE is a non-profit organization that designs and manages public competitions intended to encourage technological development that could benefit humanity. Their Board of Trustees include James Cameron, Larry Page, Arianna Huffington, and Ratan Tata among others. Read the story here.