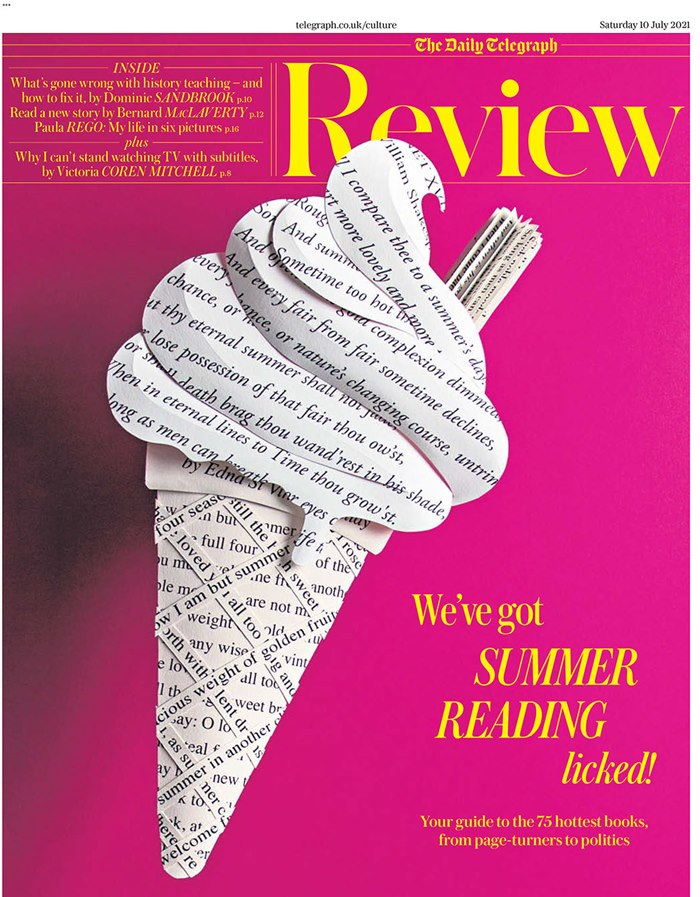 For their 'Summer Reads' issue, Gail was briefed to create an illustration made from pages of books.

Gail's idea was to incorporate text that would be legible, using words that reinforce the idea of Summer. She explains, "In the end we chose Sonnet 18 by William Shakespeare and Sonnet 27 by Edna St Vincent Millay, photographed against the hot pink background, the white pages of the ice cream cone and the chocolate have some subtle colouring added, to help differentiate between them and the ice cream. I find those little details really make a difference in such a pared-back image."