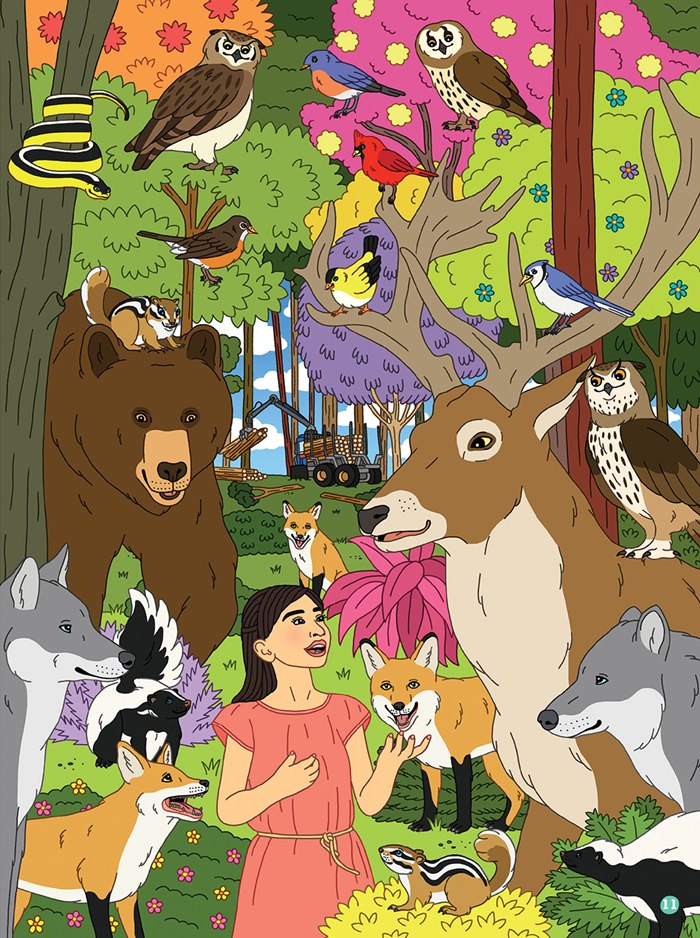 Appearing in the March/April edition of the children's magazine, Fionna's bright artworks illustrate Veronica's Pack;  a story about a shy girl who discovers how to build strength in numbers.

The fictional story is designed to evoke a sense of support and companionship for its young readers and is accompanied by Fionna's three illustrations - one commissioned for a previous edition of the magazine which featured Veronica, and two new pieces - one showing the character holding a magical rock, talking with animals in a forest setting, and another depicting a protest to protect the animals and forest from loggers.