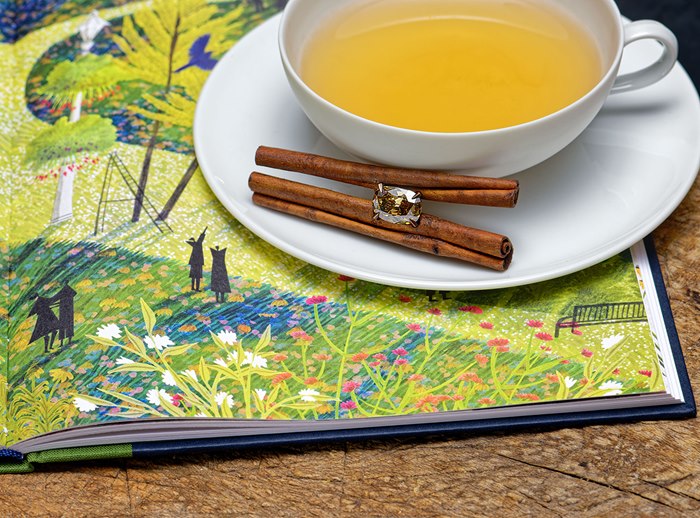 The campaign consists of an experiential body of work inspired by the natural elements of herbal tea, and includes packaging, a herb garden book, botanical herb illustrations and herb garden animations.

The client writes, "Born out of collaborations with creatively aligned makers, Hemmerle’s fascination with humankind’s symbiotic relationship with nature has culminated in a multi-sensory project of ten pairs of earrings and three brooches, a bespoke tea blend, an illustrated modern fairy-tale, and a hand-crafted tea caddy. Taking shape over four years in total, the project inherently conveys the value of slowing down, contemplating, and savouring the moment. Rosanna was a collaborator on several parts of this project; including book illustrations for 'The Herb Garden', illustrated packaging for the tea caddy, and botanical paintings of the herbs and plants that inspired the project.

For the first stage of 'Infused Jewels', Hemmerle created a bespoke tea blend with Kräutergarten München. The healing power of nature sits at the heart of Infused Jewels, and the herbal ingredients in the tea are the basis for the rest of the project. The tea comes in a tea caddy decorated with one of Rosanna's illustrations from 'The Herb Garden'. 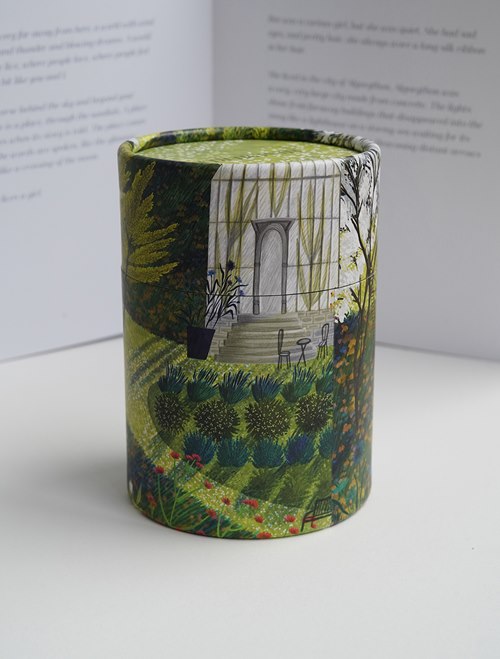 ‘The Herb Garden’ is a modern fairytale written by Greta Bellamacina and illustrated by Rosanna Tasker, which celebrates the herbs in the tea and jewellery. ‘The Herb Garden’ explores our collective influence on the world and the power of embracing community and nature. It tells of the joy and colour to be found in reintroducing nature to the urban environment, creating an oasis in the heart of a desolate city, and celebrates the beauty of individuality. Imbued with symbolism and allegory, the reader is invited to embark on a meditative journey, forging a relationship with the story through subjective interpretation. The text is accompanied by Rosanna's mesmerising hand-drawn illustrations. Her distinct style transports the reader into a dreamlike, fantasy world and encompasses the story’s themes in effervescent visual detail. 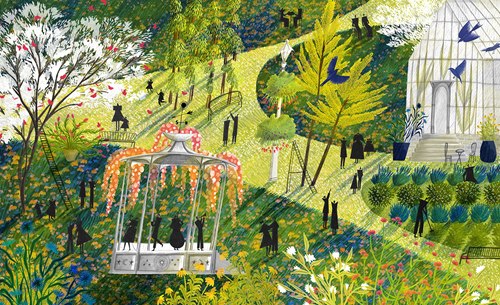 At the end of the book, Hemmerle's jewellery pieces are showcased alongside each herb they were inspired by. These botanical studies were painted by Rosanna as a link between 'The Herb Garden' illustrations and the jewellery pieces. 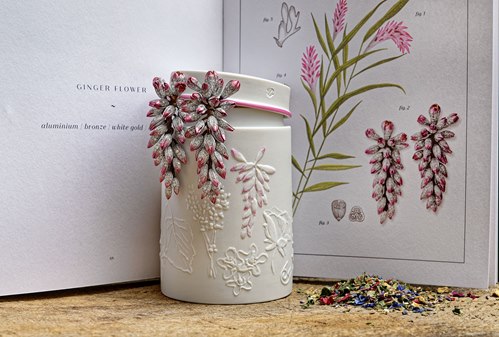 Rosanna's illustrations for 'The Herb Garden' have also been animated and made into a short video to be used at Hemmerle's client events."

Featured in Vogue, Town & Country, The Times Luxx, Tatler Hong Kong, and Vanity Fair, Rosanna looks back on the project with huge affection, believing it to be one of her best collaborations so far, and the artwork certainly reflects this. She adds, "I was even invited to Munich for one of their client events recently at The Nymphenburg Palace! It was a garden party with afternoon tea, to fit with the story in 'The Herb Garden'. My illustrations were displayed under a tree, and I did some casual live painting."