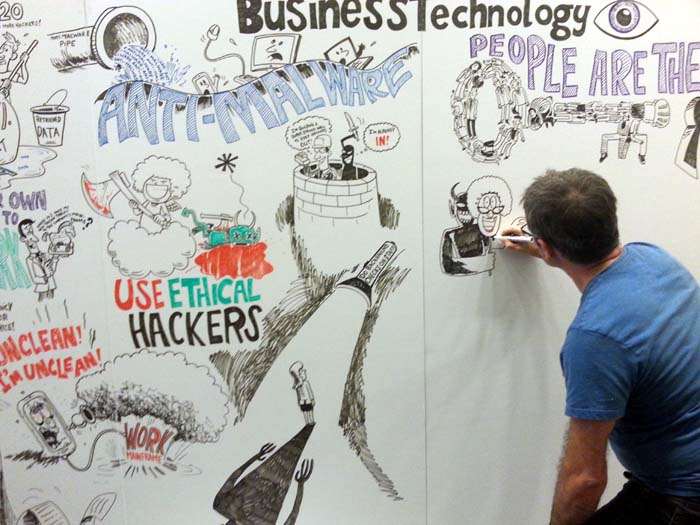 Live Art at The British Museum

Bill Greenhead illustrates a series of lectures at The British Museum.

Bill Greenhead illustrates a series of lectures at The British Museum.

Sponsored by the Daily Telegraph, Bill’s task was to summarise the talks on internet security with his fantastic cartoons. Bill had to fill five boards with his art over a two day period, he says "For me it was a wonderful experience sharing the process of art with people. Usually I'm tucked away in a little room and nobody gets to see the ideas evolve. It was also a challenge because I had no idea what I was going to draw from hour to hour. Which made it very exciting and scary at the same time." The live art created lots of interest, pleasing the delegates with many people asking if they could by it. In the end the piece was sold to the highest bidder for charity.