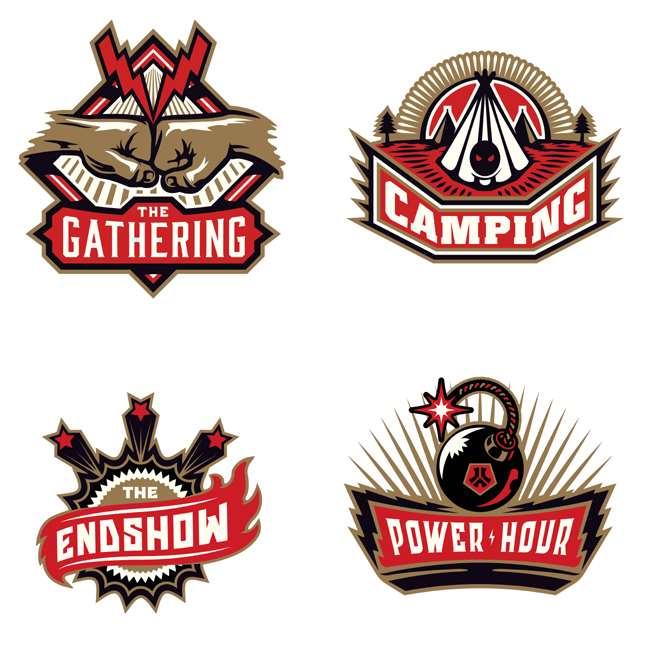 BoomArtwork creates some illustrations and icon designs for the DEFQON.1 Festival 2014.

some of the icons created

a DEFQON fan gets a tattoo of the logo

BoomArtwork creates some illustrations and icon designs for the DEFQON.1 Festival 2014.

DEFQON.1 is an annual 'hard style festival' held in the Netherlands and Australia with an audience growing to some 40,000. BoomArtwork was asked to work on the main campaign image and given a theme of 'Survival of the Fittest', which he translated into a tiger’s head evolving into 'a super tiger' that can hear better, see more and have a voice. BoomArtwork also worked on six icons which have been used to show the different events during the festival. He says "There is a hard-core DefQon.1 fan who already has my artwork tattooed on his arm. Such an honour when someone decides to have something you’ve drawn tattooed on themselves."