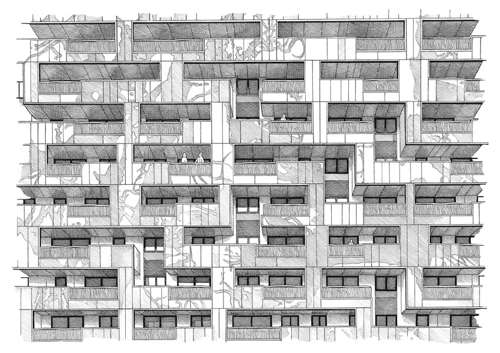 This set of drawings represent some of the company's recent completed projects, and have been used in their latest annual; a 10th Anniversary edition. Mike says "Each drawing was based on photographs and drawn using fineline pen on Bristol Board. The list of ten buildings to be drawn was decided by the annual's design team. The drawings were included as detachable postcards at the rear of the book."