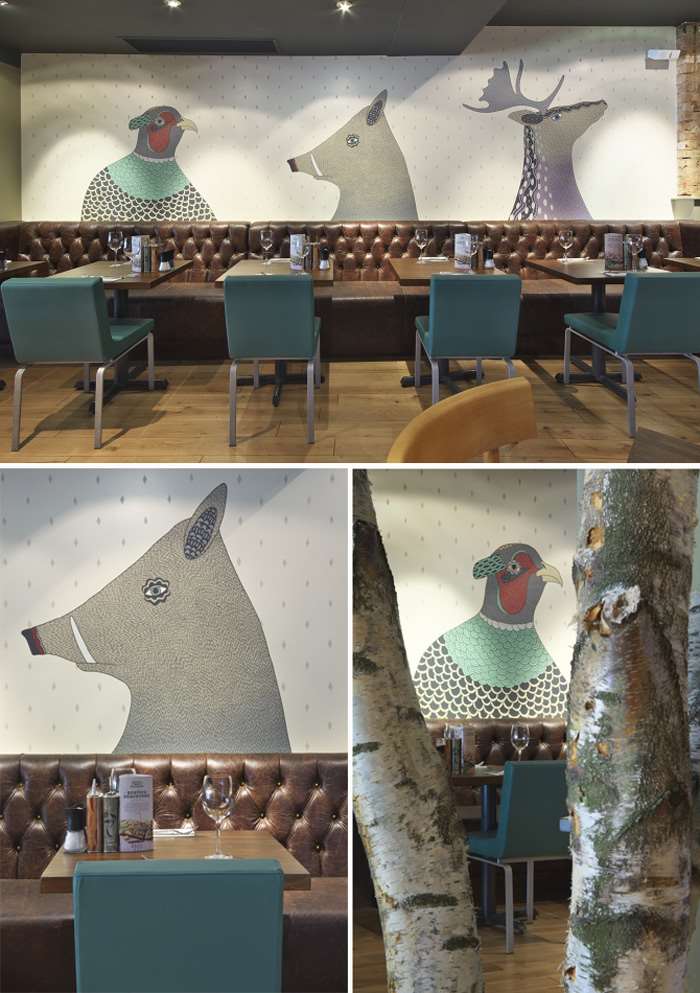 above and below: the walls of Zizzi Ristorante in Market Harborough

James Grover adds more of his magic to the walls of Zizzi Ristorante in Market Harborough.

The mural was hand drawn live on site, using acrylic pen paints and emulsion. And referencing the history of the area with it's close proximity to Rockingham Forest, James says "In prehistoric times the area was the largest expanse of woodland in the country, but deforestation has seen a large reduction in its size. More recently, in medieval England, the forest was allocated as a Royal Hunting Forest where wild boar, fallow deer and pheasant were in abundance. Nowadays, the remaining forest is protected and is still a key feature of the area."  Another superb Zizzi interior by James!