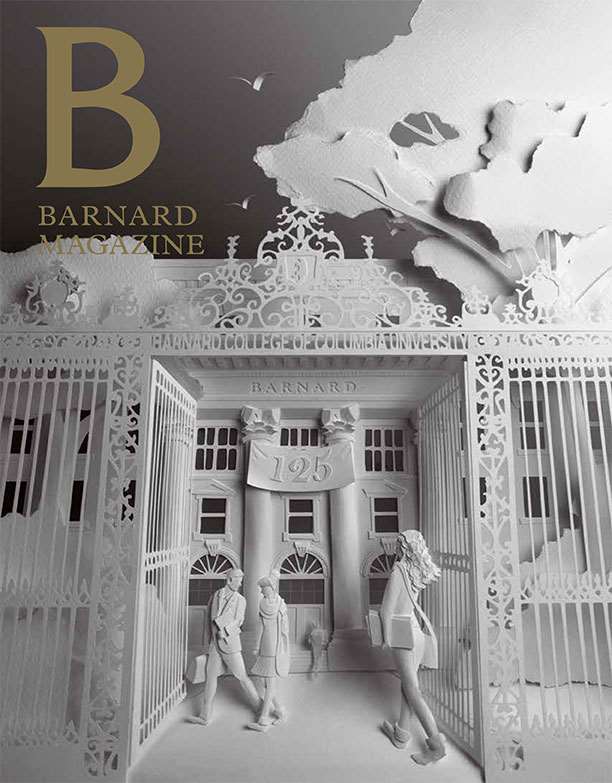 Barnard is an ivy league women’s college in partnership with Columbia University in New York City. The Fall issue of Barnard Magazine illustrated by Gail, marks the beginning of a year of celebrations of Barnard's 125th anniversary. Gail says "I created an all-white cover image focussing on the entrance and frontage of the college. The aim was to make the image classic and monumental whilst still celebrating the college. The completed image has been so popular with the college, that they have now purchased the actual framed paper sculpture as well, to be displayed in the college."

The client says of the image: "People are raving about the cover… and requesting to see the 'real' thing. Thanks again for making this such a success!" Anna Novak, Art Director and Designer.