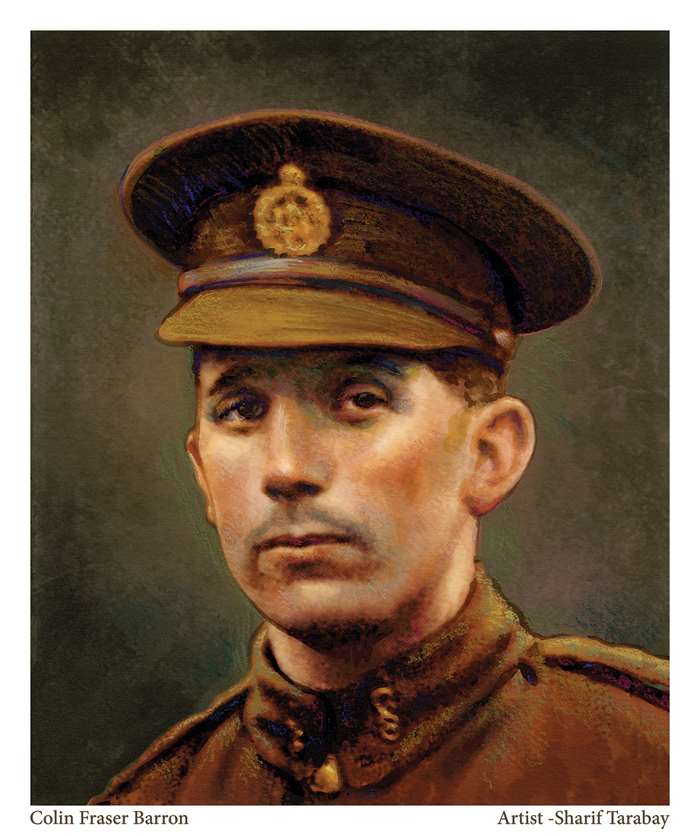 The Canadian soldiers won the prestigious Victoria cross medal for 'gallantry in the face of the enemy' in WW1. Sharif has created the portraits of Hugh McDonald McKenzie and Colin Fraser Barron as part of the exhibit at the Canadian War Museum which is running now until April 26th 2015, he says of this project "It was quite surreal to have briefly touched the lives of so many (100 VC portraits) that have lived something so out of my realm."