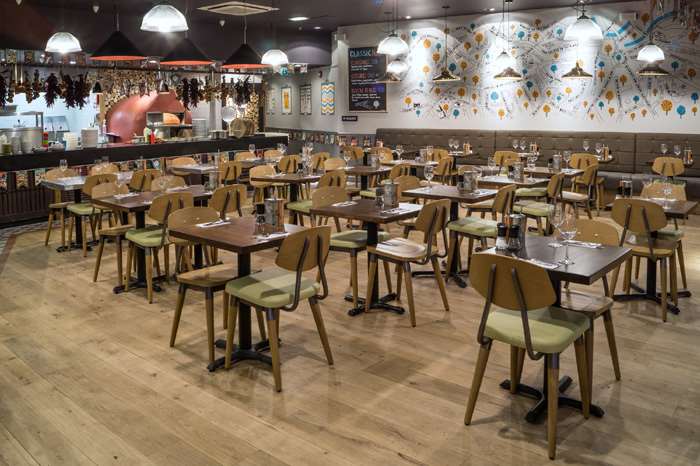 above and below - photos of the Zizzi Sheffield interior

James was asked to create murals to decorate the main restaurant wall and corridor and to bring individuality to the site by finding inspiration in local history or landmarks. His work is based around the rich musical heritage of the city of Sheffield and is initially seen as a decorative map. After looking closer at the mural, "...the city centre map’s street names are song titles with the year in which they were released...creating a giant quiz and igniting the natural competitive spirit to solve puzzles. For example, one street is named 'Sing It Back (1998)' – the answer would be 'Moloko'. The corridor features stylised album covers, also showing only the release date", he says. James wanted to hold the viewer's attention with this project and provide a talking point too - the restaurant is in a shopping centre and has a high turnover of customers with shorter meal times. The mural was painted on-site using acrylic and emulsion.