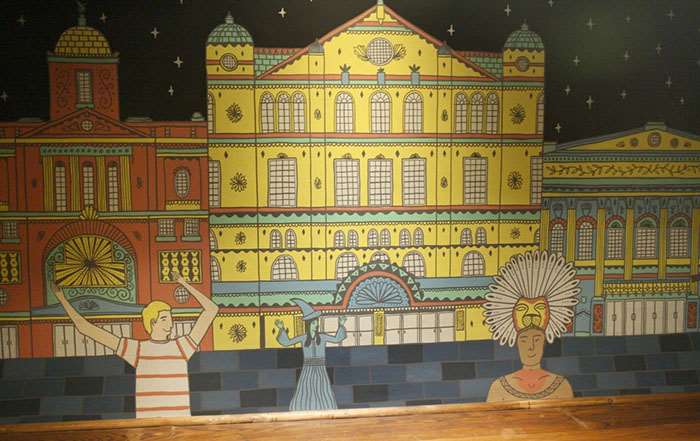 James Grover paints a theatre land mural in Zizzi Ristorante on The Strand.

James Grover paints a theatre land mural in Zizzi Ristorante on The Strand.

James's design was for the alcove space where he has represented a selection of the well-known theatres in the area. He says "The focus of the West End 'Theatreland' is of course the shows themselves, however the theatre buildings are often iconic and beautifully grand venues." Using acrylic pens and emulsion, James has drawn St Martin’s Theatre, Lyceum Theatre, Queen’s Theatre, Victoria Palace Theatre, Novello Theatre, London Palladium and Palace Theatre, along with characters from some well-known productions. He was also asked to produce a decorative mural for the George Bernard Shaw quote wall, which includes some theatre inspired elements, all this was completed over a period of six days.