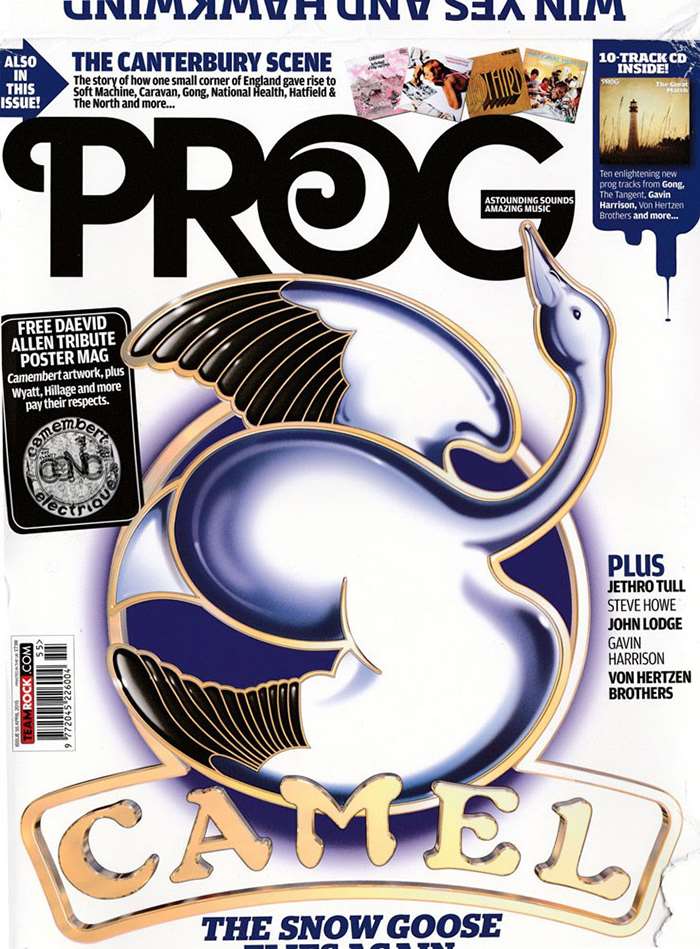 below - the magazine cover

above - the original airbrushed 70s version

Camel is an English progressive rock group formed in the early 1970s whose album 'Music inspired by the Snow Goose' was featured in the magazine recently. Ian was asked to provide a contemporary version of the cover - which was originally airbrushed, he says "It was interesting to bring the computers and 3d to bear, whilst attempting to maintain the feel of the original."