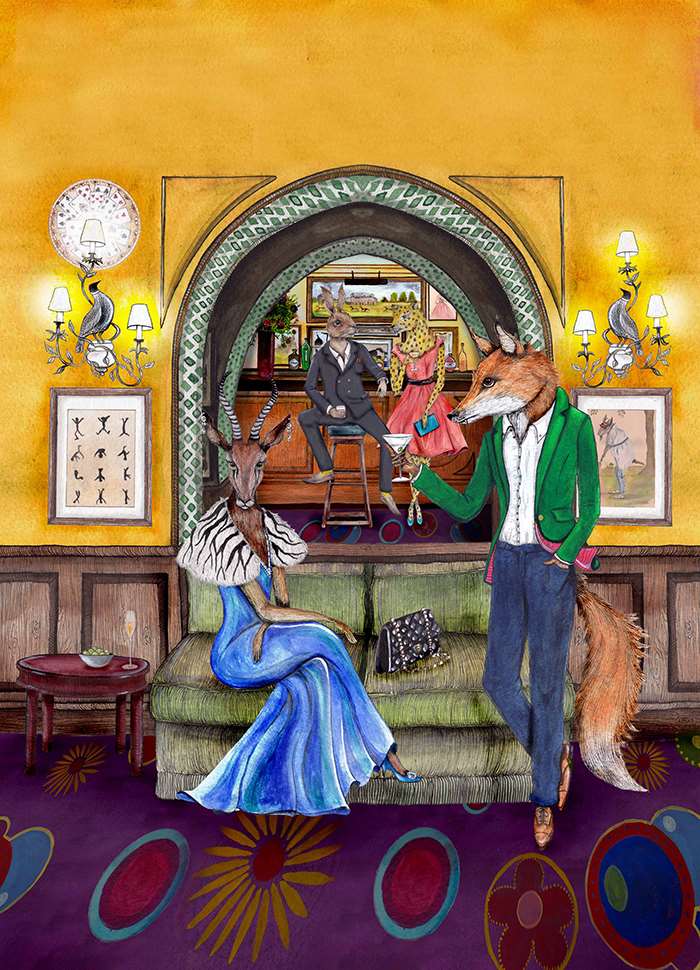 Annabel’s is a member’s only nightclub situated on Berkley Square in Mayfair, and has catered for clientele such as The Prince of Wales, US President Richard Nixon, Frank Sinatra, Ray Charles, and Ella Fitzgerald. Emily was delighted to be asked to design the cover of the member's magazine and to illustrate a new rule they were about to announce - one that hadn't been altered in 52 years and involved the strict dress code.  In addition to evening wear, the change in the code now states that members -  both men and women, can attend in jeans, however they must be dark, smart tailored jeans, absolutely no rips or stone washes! Emily says "I was honoured to be asked to take on this role as chosen artist, especially to delineate these changes and have taken complete delight in dressing up my characters in the appropriate attire that Annabel’s prides itself so much for……Miss Cheetah wore her dress by Preen, Mr Hare decided that his pocket square by Brunello Cucinelli was apt for the evening, Mr Fox revelled in the fact that he could now wear his Hugo Boss jeans and Mademoiselle Gazelle thought her Graff earrings and last-night’s supper worn around her shoulders complimented each other superbly. They have been depicted sipping dry Martini’s and Dom Pérignon, perched and propped in the bar that is situated in the first room you enter the club at Annabel’s."