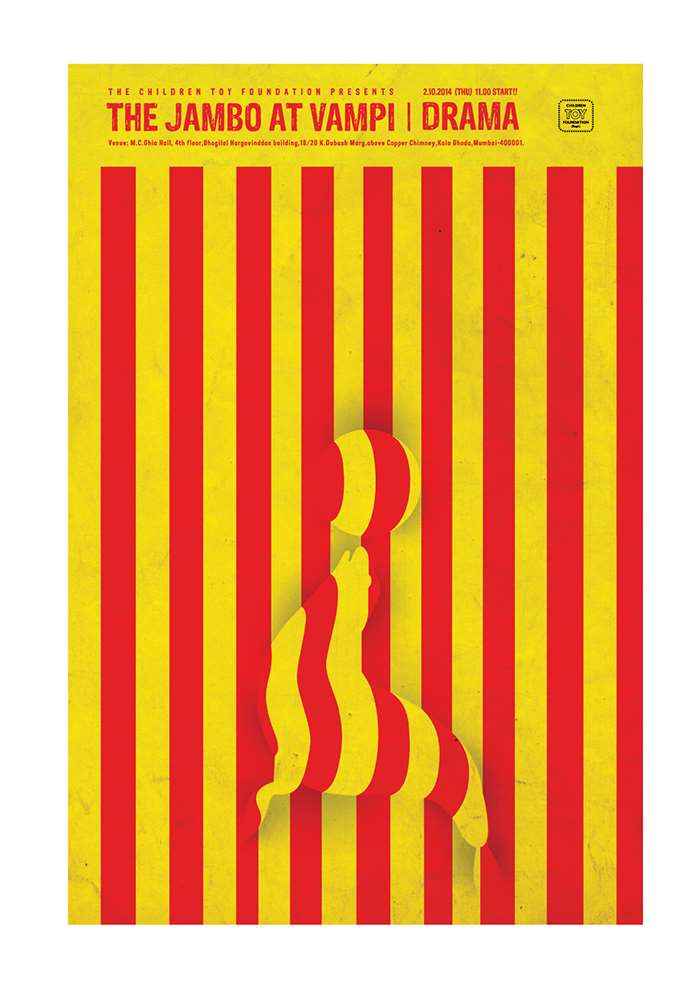 The Jambo at Vampi

Organised by The Children Toy Foundation, Shailesh's 'illusions' promoted and created a buzz for the event. The charitable organisation works to give underprivileged children a childhood they deserve, by donating toys and games, a luxury that is beyond their affordability.  Shailesh says "The three subjects of the posters, subtly displayed as impressions on a tent wall, were based on the three lead characters of the play - the elephant, the trapeze artist and the seal. The minimalistic posters brought out the mood of the circus by using the red and yellow colour scheme classically associated with carnivals. The posters were well received and the play too was a huge success."