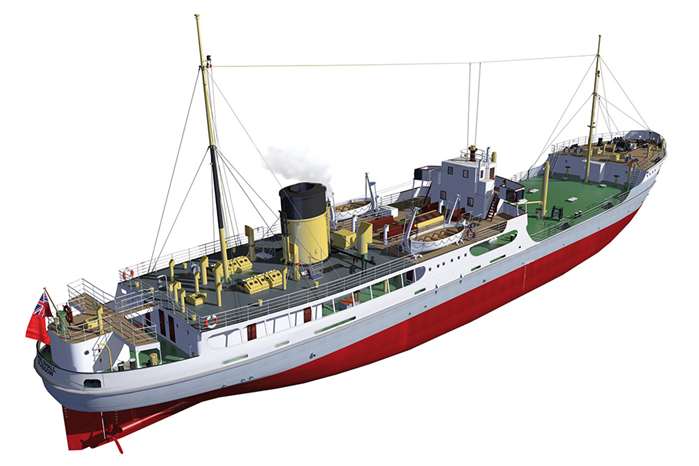 Ian Naylor provides the artwork and animations for a major overhaul of the SS Shieldhall.

The boat is the last steam powered merchant ship in the UK, built in Glasgow and now based in Southampton. With lottery funding the ship has received massive renovative work and Ian's job was to make three still illustrations; one as she is, one as she was in 1950 and a cutaway of her sludge carrying capacity. Ian says "She is notable for many reasons, the biggest is that she is completely powered by steam and has a fine pair of triple expansion engines providing all the power, thus the second part of my job was two animations, one of her propulsion and one of how she was built." Ian's work has been used as onboard signage, publications for passengers, engineering trails and general interpretive signage.  WATCH the animation.