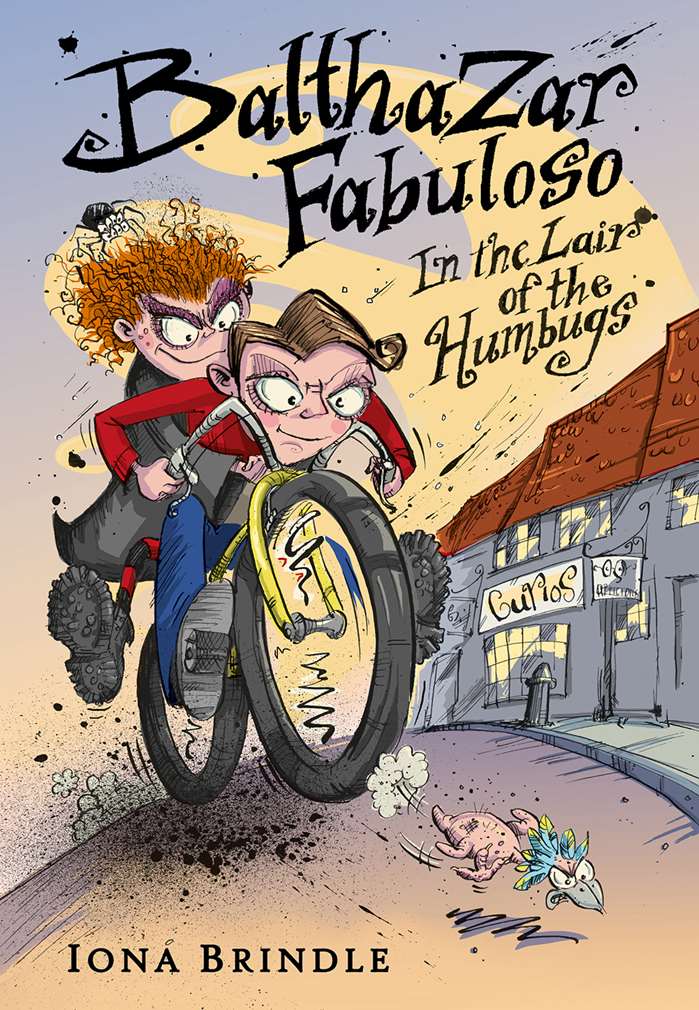 Balthazar Fabuloso In the Lair of the Humbugs

Sholto's great ability with character design is evident in this book which is full of strange and quirky beings. As well as drawing forty black and white line illustrations for the interior - which appear as chapter headings and illustrate Pagan's diary blogs, Sholto also provided the cover art and lettering. Sholto says "The story stars 11-year-old Balthazar, the only member of a family of magicians who possesses no magical abilities whatsoever. His family are kidnapped by the Humbugs and the story follows his magical adventures as he teams up with his erstwhile nemesis Pagan Fistula to find and rescue them...It was a lot of fun, thanks not least to Iona Brindle's non-stop and breathless imagination. Thanks Iona!" The book is for sale from May 1st 2016.