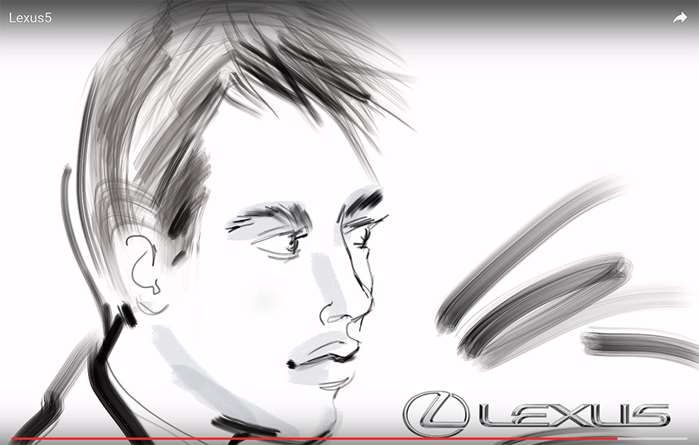 Commissioned by Scarlett Entertainment for Lexus, the secret night time event was at an undisclosed location. The guests arrived by coach at Luc Besson's Cité du Cinéma in Saint Denis - on the outskirts of Paris where The Fifth Element was filmed. The film's hover cars were 'parked' in front of the entrance which was adorned with the new Lexus super car, due to be launched in 2017. Jacqueline says "My iPad Pro was linked to a screen where I drew portraits of the guests until early hours of the morning. It was my first time working digitally so it was fairly daunting but also really exciting to use! I drew some lovely guests and other 'performers' including violinists, liquid nitrogen ice cream makers and 'Tron' dancers! It was a huge corporate event with European-wide guests, which was a year in the planning so I was honoured to be part of it."