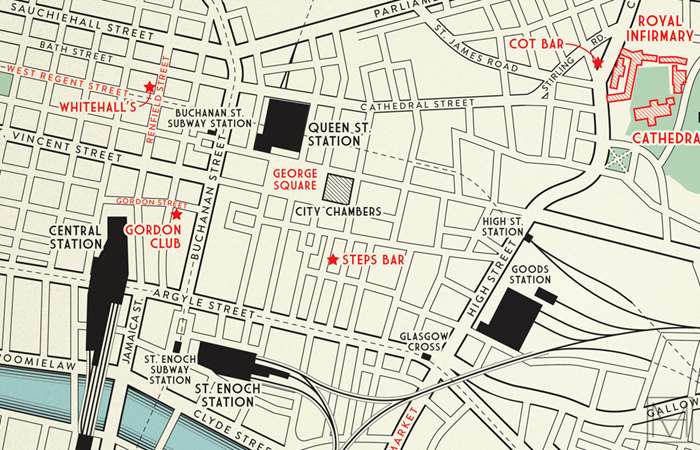 These detailed maps of Glasgow are the latest offerings from Mike Hall, commissioned by Random House for the new novel by Denise Mina, The Long Drop - which is set in the city in the late 1950s. Both maps cover precisely the same area, accurately depicting the city as it appeared in the late 1950s and today.  Mike says "The ‘retro’ colour scheme and use of type in the first map were influenced by maps of the city from that time. It was fun to create two maps in contrasting styles, especially the challenge of developing the look of the 1950s map. It was also interesting to discover how parts of the city have been completely rebuilt and developed since the 1950s and to display those changes in the second map."