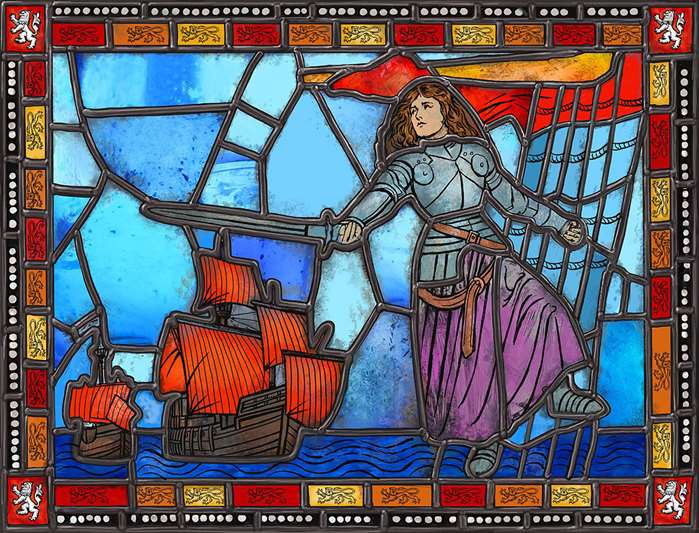 Bob Venables creates a stained glass window illustration for a History of Royals Magazine feature on the Lioness of Brittany.

Bob's artwork for the historic story is about Jeanne de Clisson (1300–1359), also known as Jeanne de Belleville and the Lioness of Brittany. She was a Breton privateer who with the English King's assistance and Breton sympathizers, outfitted three warships on the English Channel. Bob continues, "The ships of this Black Fleet then patrolled the English Channel hunting down French ships, whereupon her force would kill entire crews, leaving only a few witnesses to transmit the news to the French King. This earned Jeanne the moniker, 'The Lioness of Brittany'. Jeanne continued her piracy in the channel for another 13 years."