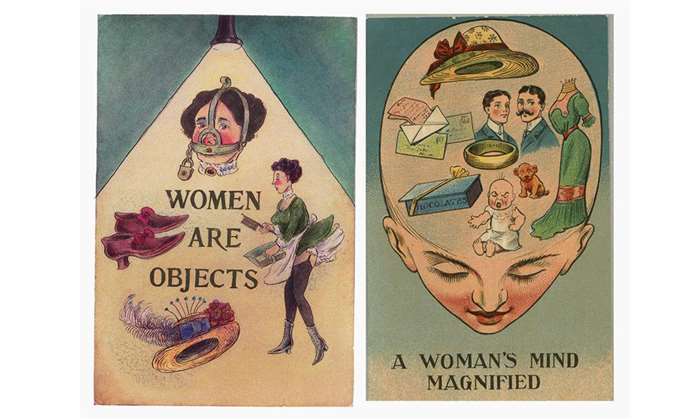 The creative agency asked John to imitate the original 1918 anti-suffrage posters for a competition which involved people having to guess which were the old ones and which were the new. John also drew the lettering, created using comments and tweets from people in the public eye today and exposing the prevailing sexism in the 21st century. The project has been very successful and has caught the eye of Campaign where it became the ad of the day and also The Drum.  So, which are from the 20th century and which are new?

(John created the following - Women are weaker...Will the woman’s...Women are objects and Rights for wimmen.)