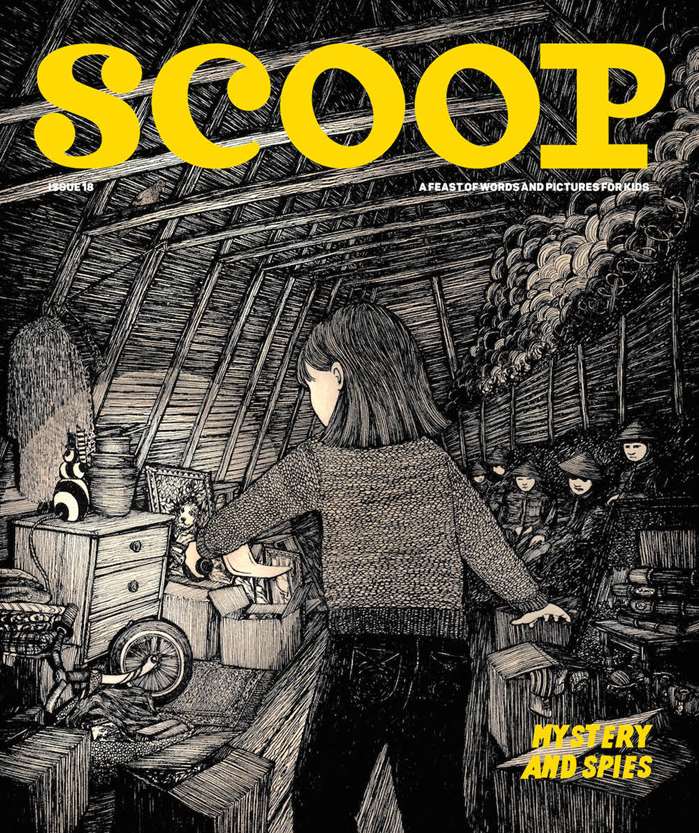 Monthly children's publication, Scoop Magazine is jam packed full of wonderful content, from stories, puzzles, comics and poetry to inspirational illustrations, Rohan was delighted to be asked to illustrate the front and back cover for the latest issue.

Rohan tells us a little more about the commission,

"The issue is on Mystery and Spies and my brief was in the form of a story written by Maisie Chan, called the Dragon Shell, (a bomb shell decorated by prisoners of war during WW1) which hopes to highlight the forgotten chinese heroes who fought for great britain in the first world war.

They formed the Chinese Labour corp, and were recruited by the British, by way of a deal made with China, to build our trenches and service our war machine. The story is about a little girl who’s ancestors were part of CLC."