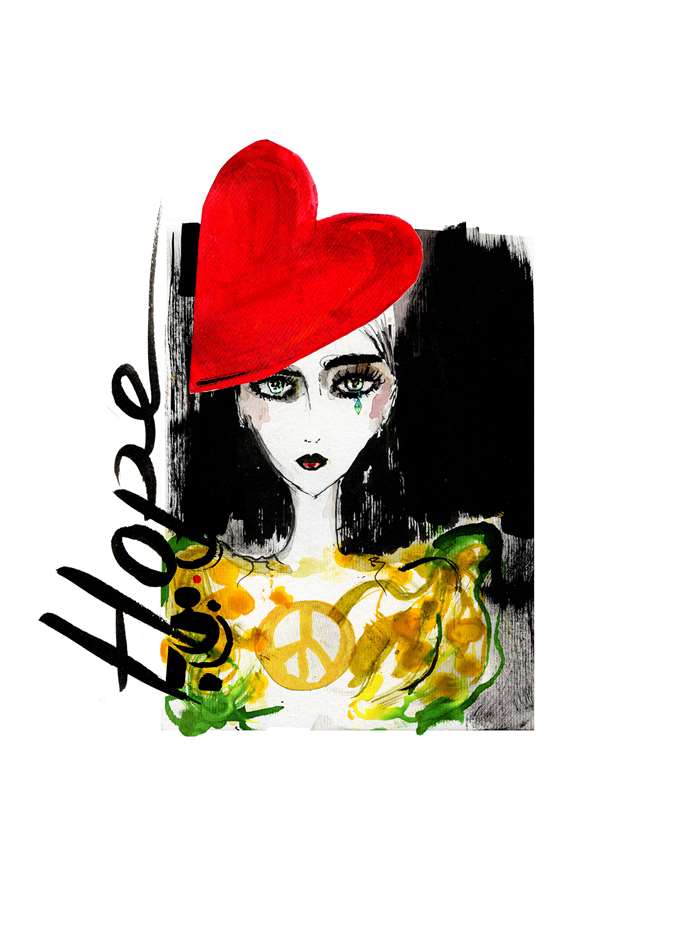 Top of the Class

Lucia brings her unique style to the latest issue of Class Magazine, a luxury editorial which can be found in the most affulent spots of Las Vegas, mailed directly to the top 1 percent wealth earners and influencers in Las Vegas. They distribute 25,000 copies per issue and it can also be found in the city’s poshest hotels, spas, haute couture fashion houses and retail center, the magazine has strong focus on philanthropy and people, places, brands and organizations that are using their platform for the greater good.

This issue is focused on Hope, Peace and Love. The issue is a tribute to the 58 people who perished in the Oct. 1 shooting. In the year 1958, Harry Winston donated the Hope Diamond to the Smithsonian, the Peace Sign was created and the Lovings were arrested for being an interracial married couple.

Lucia's illustration which has a serious and somber feel to it, is fitting for the message of Hope that the magazine conveys.