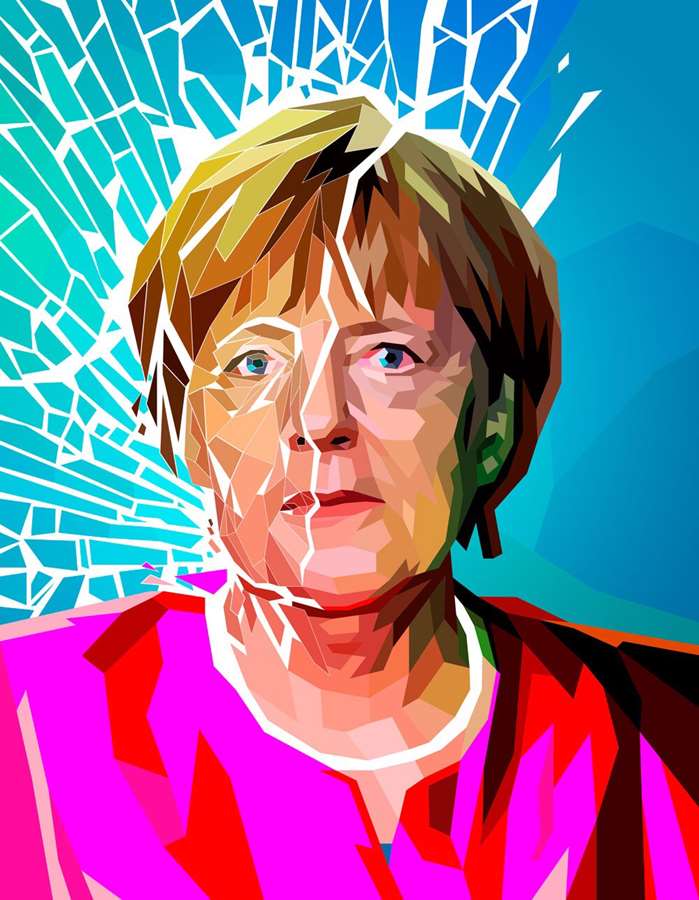 A Portrait of Angela Merkel

This powerful portrait of Angela Merkel perfectly illustrates the fractured state that Europe finds itself in this week as German Chancellor Angela Merkel announced her decision to step aside from the leadership of her Christian Democrats.

Commissioned by Politico and originally a strictly editorial image, however when editor received it they knew it had to be the cover of this week’s magazine (and associated digital edition).