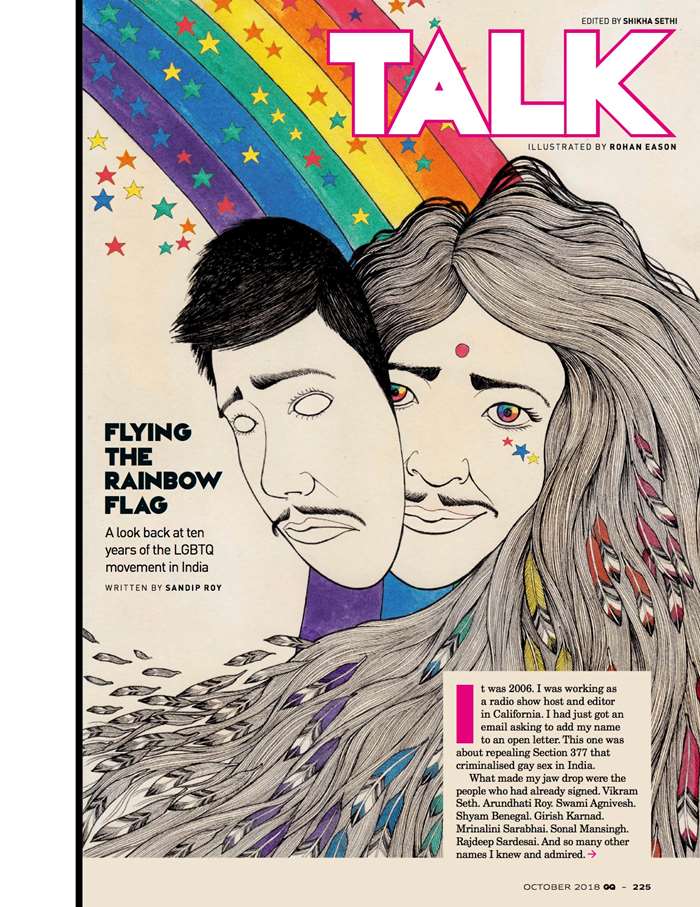 The latest anniversary issue of GQ India features a series of powerful illustrations by Rohan Eason, the images accompany a number of articles within the editorial which look back at ten years of the LGBTQ movement in India

Rohan tells us a bit more about his inspiration behind the illustrations,

"Half way through working on it, the Section 377 was finally repealed in India, decriminalising Gay Sex, so the cover story changed a little, but gained such importance, and my image had to reflect that. I read through all of the responses to the news and found a twitter, from a young gay man in Mumbai, he said, the repeal of the bill felt like he could finally take off his mask, I instantly saw this as a great metaphor to illustrate the article.