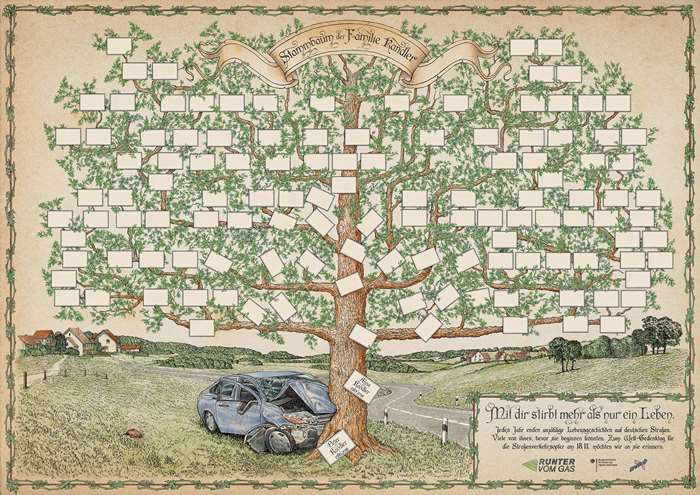 Bob Venables tackles the serious subject of road safety in this compelling illustration.

Out this week is this illustration by Bob Venables for a Road safety campaign "Runter vom Gas“ (which means Slow Down)by the Federal Minstry of Transport and Digital Infrastructure and the German Road Safety Council.

In 2017, 3180 people died in traffic on the roads of Germany, this moving artwork illustrates the dangers of speeding on the roads, with a tree of life telling the story of how with every accident victim that dies also its future disappears. The actually the number of victims is much higher, it is the partially the still, unborn children, the possible grandchildren and other descendants.

The illustration was be published this week in two big newspapers in Germany: Zeit and the Tagesspiegel.