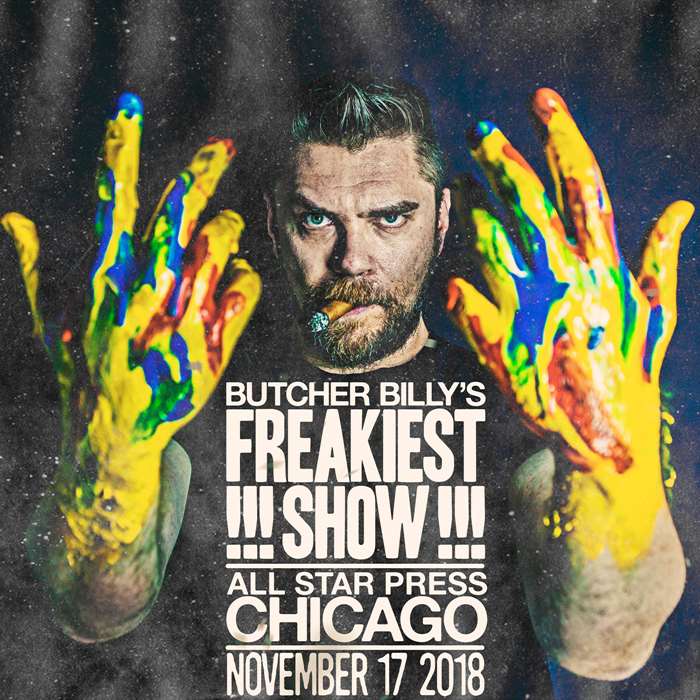 Butcher Billy's first ever solo exhibition, the Freakiest Show draws to an end in Chicago

If you were lucky enough to be in Chicago from the 17th November till this weekend then we hope you visited the All Star Press Gallery where they were hosting Butcher Billy's first ever solo show, highlights of the show included the artist himself signing prints on the opening night, a competition to win a poster and the opportunity to buy prints and t-shirts throughout the duration of the show.

Brazilian based artist Butcher Billy's pop culture, comic book influenced artwork often has a dark side to it which audiences are drawn to and have seem him creating artworks for iconic shows such as Black Mirror and Stranger Things as well as creating personal projects like his Stephen King collection which looked at the dark side of love through the lenses of pop culture.