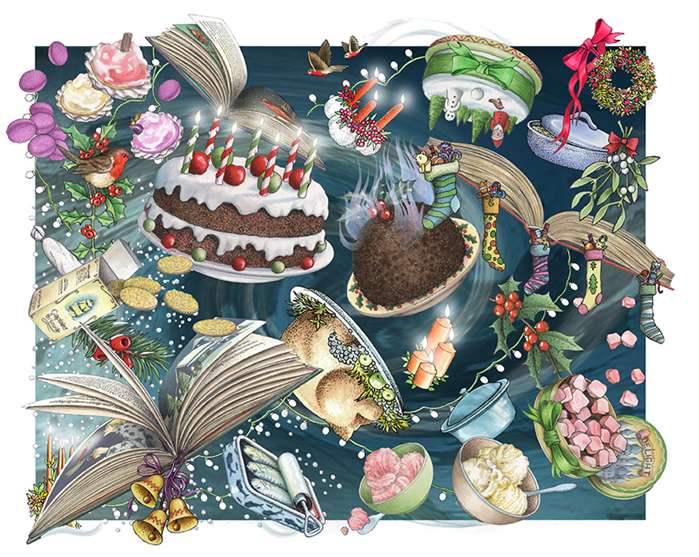 Commissioned for a feature in Waitrose's Weekend magazine, Alan was asked to design an illustration showing the foods that appear in many great literary classics. From 'a prize turkey' in A Christmas Carol to 'twirling sugarplums' in The Night Before Christmas, the artwork was to show a collection of foods in an Alice in Wonderland type fantasy. Alan adds, "My initial artwork contained Ratty and Mole from Wind in the Willows', however they didn't want them clothed as they might be too close to the original drawings. When they saw the final with a Rat floating amongst the food it looked so disgusting that I was asked by the editor to remove it - a good decision."